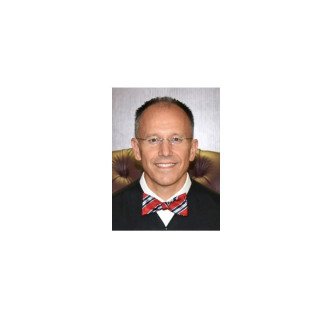 Judge Michael J. Scionti is a Circuit Court Judge with the Thirteenth Judicial Circuit in the State of Florida, who has served our community and country for over two decades, upholding the rule of law in and out of the courtroom, on and off the battlefield, and throughout all branches of government.

Judge Scionti is a Tampa native and lifelong resident of Hillsborough County. He earned his Bachelor of Science degree in Criminal Justice from Florida State University and his Juris Doctor from South Texas College of Law. Judge Scionti has held various positions of public trust as a lawyer, soldier, magistrate and judge and has a proven record in maintaining the fair and impartial administration of justice. As a combat veteran, Judge Scionti brings his own military service and experience to the bench in helping address the challenges facing veterans suffering from military-service related post-traumatic stress, mental health and substance use disorders, and in doing so has developed the Veterans Treatment Court into a national model problem-solving court.

In his own words, Judge Scionti states: “The role of a judge is to serve as an instrument of justice and ensure that everyone is treated equally under the law. A judge should be trusted, honest and fair. These are the values that have defined me throughout my professional career as a lawyer and as a Circuit Court Judge.”

Judge Scionti is also a Lieutenant Colonel in the United States Army Reserve, Judge Advocate General’s Corps where he has served since 2000. Judge Scionti currently serves as the Commander of the 139th Legal Operations Detachment and has served multiple overseas tours of duty as a military magistrate and rule of law advisor both in Iraq and Afghanistan. Among his military honors, Judge Scionti has been awarded the Bronze Star Medal, the Defense Meritorious Service Medal, the Army Commendation Medal, and the Presidential Unit Citation.

U.S. Court of Appeals for the Armed Forces
Since 2000

Michael Scionti serves as a Circuit Court Judge, Group 19 in the Thirteenth Judicial Circuit, Florida. Judge Scionti is running for re-election on August 18, 2020. Please view this video to learn more about Judge Scionti's service to both our community and our country. Please visit www.JudgeScionti.com for more information.