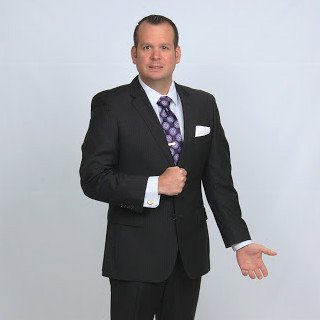 NO FEE until WE WIN
Review This Lawyer
Compare Save
Client Reviews
brian S. October 6, 2021
Second to none Michael Pisanchyn has been my attorney for over 8 years, he has helped manage both personal injury issues as well as Social Security issues. I have found his integrity to be unwavering and the amount of protection and forethought he offers a client is second to NONE. His team has always been ready to assist me with any endeavor whether it be a quick response or just showing me that my case was important. When it came time for settlement, he was able to exceed my expectations with how much money he got me. I can honestly say I could not recommend a better attorney for all our legal matters.
View More
Read All Client Reviews
Badges
Claimed Lawyer ProfileOffers Video ConferencingSocial Media
Biography

As founder and owner of the Pisanchyn Law Firm, Attorney Michael Pisanchyn started his working life at a chrome-plating company, and not as an attorney.

Through that experience, namely a former co-worker he befriended who lost their life due to poor working conditions, he came to know what he wanted in life, and that was to give a voice to those that have been injured. Attorney Michael Pisanchyn has gone up against some of the biggest corporations, and shown those corporations the law is not just reserved for rich. It is something that can mean the difference between life and death for working people.

Attorney Pisanchyn left that job to attend and graduate from Pennsylvania State University. He then received his Juris Doctorate from Dickinson School of Law. He has worked for the District Attorney’s Office, Public Defender’s Office, as well as the Attorney General’s Office.

Since opening The Pisanchyn Law Firm he primarily works on cases involving individuals who have been charged with a crime or have suffered injuries due to: an automobile accident, a tractor trailer accident, a motorcycle accident, medical malpractice, a birth injuries, brain injuries, wrongful death, animal bites, slips, trips, and falls, worker’s compensation, social security disability benefits, and all personal injuries caused by another’s negligence.

Simply stated, if Michael Pisanchyn or his office represents you, there is no doubt that the other side will know that you are intelligent enough to hire an attorney that is skilled, compassionate and aggressive.