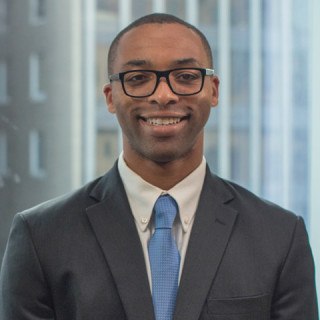 As an Associate working in Tully Rinckey PLLC’s Austin office, Mike focuses his practice on federal sector labor and employment law. Mike has extensive experience litigating cases on behalf of employees at the U.S. Merit Systems Protection Board (MSPB), Equal Employment Opportunity Commission (EEOC), and in both state and federal courts. He also has experience negotiating settlement agreements on behalf of federal employees. Throughout his legal career, Mike has defended and taken numerous depositions of both parties and witnesses and prepared successful oppositions to summary judgment motions.

Prior to joining Tully Rinckey PLLC, Mike practiced as an associate attorney with a labor and employment law firm in Maryland. In this position, he helped manage over eighty case files and was involved throughout all aspects of litigation. Before that, Mike worked as both a law clerk and as a volunteer attorney for the Labor Division for the City of Chicago. In this role, Mike appeared in arbitrations and administrative hearings and advised Chicago agencies on matters relating to disciplining employees.

Originally from Centerville, Ohio, Mike is a graduate of Miami University, where he obtained his bachelor’s degree in finance. As an undergraduate, Michael was inducted as a member of the Alpha Kappa Psi Business Fraternity. Michael received his juris doctorate from American University Washington College of Law in Washington, D.C., where he was a staff member at the Journal of Gender, Social Policy & the Law and the Labor & Employment Law Forum. During law school, Michael worked at the United States Department of Justice and served as a judicial intern for the Maryland Court of Appeals.

United States District Court for the District of Columbia
Since 2015