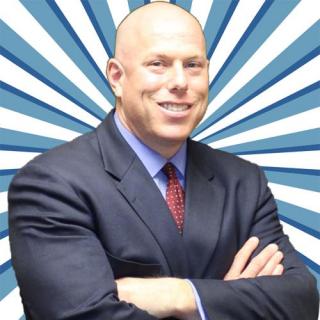 Review This Lawyer
Compare Save
Client Reviews
M. O. February 7, 2020
Outcome was as promised right from the start. I felt secure in Michael's knowledge and confidence On short notice I hired Michael immediately after reading his outstanding reviews. Upon meeting him he was courteous, efficient and best of all knew the answers to questions I had, without hesitation. His secretary , Debbie, is extremely helpful and courteous as well. I had no trouble communicating or receiving back information from Debbie or Michael. I highly recommend Michael J. Brown, P.C.
View More
Read All Client Reviews
Badges
Claimed Lawyer ProfileSocial Media
Biography

Michael J. Brown, P.C. is a Suffolk County based law firm specializing in criminal defense and personal injury. Michael J. Brown, Esq. is a former prosecutor with the Suffolk County District Attorney’s Office and is well recognized in the areas of criminal defense and personal injury. Michael J. Brown graduated from SUNY Binghamton in 1989 and from Boston University School of Law in 1992 cum laude. He was an Assistant District Attorney with the Suffolk County District Attorney’s Office from 1992-1995 and has been in private practice since 1995. Michael J. Brown, Esq.’s criminal defense practice extends to all types of felony and misdemeanor matters in Federal, State, and Justice Courts throughout the New York area. Mr. Brown has represented and tried thousands of cases from the most serious felony charges of Murder First Degree to common misdemeanor charges of Driving While Intoxicated. He is a well respected trial attorney among both the criminal defense bar, the judiciary, law enforcement, and the prosecution. Michael J. Brown, Esq.’s personal injury practice involves representing victims injured in a variety of negligent acts including motor vehicle accidents, slip and falls, and wrongful death actions. Mr. Brown has taken on the most powerful opponents including the State of New York, the City of New York, Nassau and Suffolk Counties, and large insurance companies including Allstate, State Farm, Prudential and the like recovering millions of dollars for his clients. When you need strong, aggressive representation seeking the most beneficial results and personalized attention, call on the “lawyer’s lawyer” and speak with Michael J. Brown, Esq.