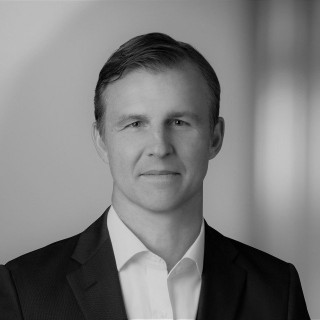 I started Common Law after leaving a large Salt Lake firm. My goal is to provide effective and efficient expertise in the resolution of tax and financial disputes. I have done my job when I have reduced the stress of dealing with the government and the legal system, and I have helped you find a resolution that works for you.

I’ve been practicing law for over twenty years. I have litigated numerous cases at city, county, and state tax agencies, at all of the IRS administrative levels, and at the trial court level in both the state and federal courts of Utah, courts in other states, and the United States Tax Court.

Although my emphasis is tax, I have litigated cases in numerous commercial areas of law, including real estate disputes, insurance coverage disputes, corporate and contract disputes, and financial transaction disputes.

I am admitted to practice before all Utah State Courts, the U.S. District Court for Utah, the U.S. Tax Court, the Tenth Circuit Court of Appeals, and the U.S. Supreme Court. I earned an LLM in Tax from Georgetown University and my law degree from the University of Utah. I have been recognized in 2017-2021 as one of the Best Lawyers in America in the area of Commercial Litigation and Tax Law by Best Lawyers.

In my free time, I’m a telemark skier, a trail runner, and a dad with two kids and a Siamese cat.