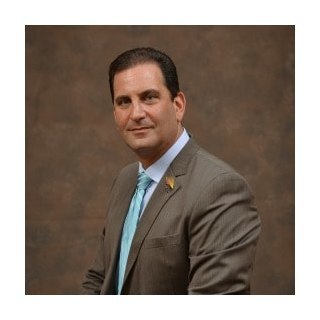 Michael B. Brehne has always had a strong sense of right, wrong and justice. Throughout his childhood, his career in law enforcement, and as an attorney, Michael has relied on his instincts to achieve success. Although he has a no-nonsense approach in the courtroom, he is a loyal and compassionate advocate for all of his clients.

Michael's clients like his direct, no-nonsense approach because, while he doesn't sugarcoat their situations, they know he stands behind them 100 percent. Like a bull, he tucks his head down and runs forward with their cases until he either hits a brick wall or breaks through it. One case, in particular, demonstrates Michael's tenacity and determination.

As a young lawyer, he represented a Floridian who was seriously injured on the job when he was recruited to work in the Bahamas. Rather than accepting that Florida workers' compensation laws do not apply in the Bahamas, Michael pursued different avenues relentlessly. He had door after door slammed in his face, but eventually uncovered an insurance policy issued to the owners of the company. He sued 3 major international companies, all of which offered to settle. When combined, the settlements exceeded any outcome the client could have received under the Florida workers' compensation scheme.

In his spare time, Michael enjoys spending time with his children. They enjoy anything from casual game nights to relaxing cruise vacations. Michael's hobbies include target shooting, exercising and traveling. Michael is also an avid Florida football fan, a devoted "foodie" and self-proclaimed chef, and enjoys challenging regimens of physical fitness training.