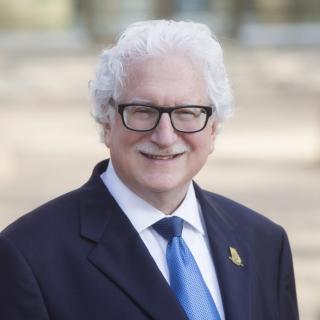 Marvin attended the University of Georgia and has the distinction of being a "Triple Dog” having graduated Magna Cum Laude with a Bachelor of Arts in Psychology, a Masters Degree in Rehabilitation Counseling and a Law Degree, all from the University of Georgia. Marvin has been practicing in the field of workers’ compensation since 1978 and during that time, has earned many distinctions including being elected to the Super Lawyers and having his firm AV rated, achievable only after admission to the bar for at least ten years, indicating the highest level of legal ability and ethics. Marvin was awarded the Distinguished Service and Professionalism Award by the Workers’ Compensation Law Section of the State Bar of Georgia and was also presented with the Kids’ Chance Volunteer of the Year Award. Kids’ Chance is a scholarship program that provides scholarships to children who may have had a parent that was killed or seriously injured in an industrial accident. Aside from his legal work, Marvin, who is an avid photographer has his work gracing the Mediation rooms at the State Board of Workers’ Compensation and throughout his office.