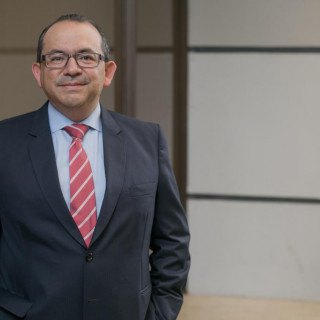 Marvin Carvajal have served for more than for years as Legal Director of the Presidency of the Republic of Costa Rica. He is a professor of Constitutional Law at the University of Costa Rica and clerked at the Constitutional Chamber of the Supreme Court of Justice between 1998 and 2006. He later served as Director of the Judicial School of the Judicial Branch until 2014.

Among his achievements, Mr.Carvajal represented the Presidency of the Republic in varios significant proceedings before the Constitutional Chamber of the Supreme Court of Justice. He had a decisive participation in several proceedings before the Inter-American Court of Human Rights, such as the Advisory Opinion OC/24, submitted by Costa Rica regarding the protection of LGBTI rights. He also represented Costa Rica in the Artavia Murillo and Gómez Murillo cases regarding the right to in vitro fertilization (IVF) under Costa Rican law.

Marvin Carvajal studied at the University of São Paulo, Brazil, where he obtained a doctorate in Constitutional Law.