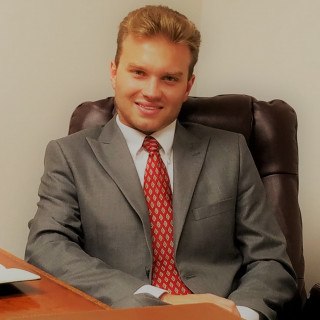 Markham T. Jackson was born and raised in Middle Tennessee. After graduating from Franklin High School in 2009, he attended the University of Tennessee, Knoxville where he was a brother of the Lambda Chi Alpha Fraternity and member/volunteer of the Camp Koinonia community. Mr. Jackson received his Bachelor's Degree in Political Science in May, 2013. Following undergraduate school, he returned to Nashville and began attending the Nashville School of Law in August, 2013. He received his Doctorate of Jurisprudence from NSL in May, 2017, and subsequently passed the Tennessee Bar Exam in February 2018. Throughout his time in law school and in preparation for the bar exam, Mr. Jackson worked full time during the day and completed his legal studies at night.

While attending night classes at the Nashville School of Law, Mr. Jackson worked full-time as a construction laborer, Ace Hardware sales associate, law clerk, and eventually senior court officer of the Third Circuit Court for Davidson County, Tennessee. Mr. Jackson is no stranger to hard work and earning success from the ground up.