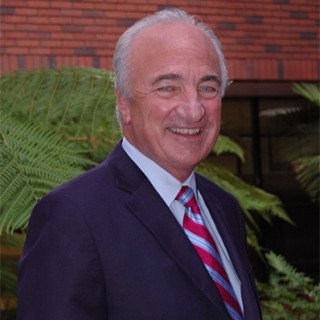 Influential Family-Owned Business in Los Angeles
Los Angeles Business Journal
2018
Mark Adams, President and Founder of California Receivership Group, is the most experienced Health and Safety Receiver in the State of California. CRG, his family business, was formed to provide a complete, turn-key solution for properties in repeated violation of health and safety codes. When appointed over a property as Receiver, the team is on-site immediately, beginning the process of fixing the property’s problems. CRG eliminates any dire threats posed to the owners, occupants and community, either by bringing in a construction team immediately or emptying the property if necessary. CRG is dedicated to protecting and preserving assets assigned to its custody and control while maintaining an ever-present sensitivity to the human and social side of the work. CRG is able to achieve immediate and effective results by deploying a team built specially for problem properties. This team includes attorneys, contractors, accountants, receivership administration, cleanup crews, property managers, professional organizers, ground operations managers and financiers.

The scene of homicides and illicit drug deals, Receiver Mark Adams and California Receivership Group were appointed to remedy the nuisance conditions at this commercial property. Learn how a health and safety receivership turned this property around, from a place that was dangerous to a needed source of groceries for community members who don't have easy access to a car. In this case, CRG played a role in helping to solve the food desert issue in California. Learn more about Mark Adams, Receiver: https://www.receivermarkadams.com/ Learn more about CRG: http://calreceivers.com/ Follow us on Twitter: https://twitter.com/calreceivers https://twitter.com/ReceiverAdams

Prior to a health and safety receivership, a tragic death by fire occurred at this dilapidated nuisance property. Learn how this neighborhood benefitted from the receivership process with California Receivership Group. Sheila, Counsel at CRG, discusses the impact receivership had on this community: removing the code violations and setting the property on a course to becoming a treatment center for those with drug and alcohol addictions. Receiver Mark Adams and California Receivership Group work throughout the state of California to remedy code violations at dangerous nuisance properties. Learn more about Mark Adams, Receiver: https://www.receivermarkadams.com/ Learn more about CRG: http://calreceivers.com/ Follow us on Twitter: https://twitter.com/calreceivers https://twitter.com/ReceiverAdams

Animal Rescue at a Health and Safety Receivership Property

Sheila, Counsel at California Receivership Group, discusses the impact of health and safety receivership on the vulnerable animals found at dangerous properties across California. In this case, a mother dog and her eight newborn puppies were found living outside at a nuisance property, surrounded by piles of junk and debris. Sheila and CRG worked with ASPCA to rescue the dog and her puppies. Initially, everyone thought that the mother dog would not make it since she was severely emaciated. Fortunately, Animal Control was able to bring her back to full health as well as get her and all of her puppies adopted. Receiver Mark Adams and California Receivership Group work throughout the state of California to remedy code violations at dangerous nuisance properties. Learn more at our website: www.calreceivers.com

A nuisance property plagued by crime is dramatically changed over the course of a few months through a health and safety receivership. California Receivership Group and Mark Adams were appointed to remedy this single-family home. Prior to our appointment, there were numerous calls for police service to address issues on-site including illegal drug use and violent crime. California Receivership Group secured the property and assisted occupants with relocating and retrieving their belongings prior to completing a major renovation and remediation of the code violations. The property will be sold to a buyer who demonstrates that they have the ability to maintain the home into the long-term future. Every action taken in a health and safety receivership is reviewed and approved by a superior court judge.

Mark Adams, founder and President of California Receivership Group, discusses the impact of health and safety receivership on the people affected by it most: the community. In this case, thousands of people were living amongst countless hazardous code violations at a mobile home park without reliable access to running water and electricity. Conditions were so bad that it reminded Receiver Mark Adams of Steinbeck's descriptions of housing in The Grapes of Wrath. The receivership was the catalyst for positive change as a new park was built so that the occupants, many of them families with small children, could have clean and safe housing. The code violations were abated and the dangerous park was demolished, removing the blight from this community.