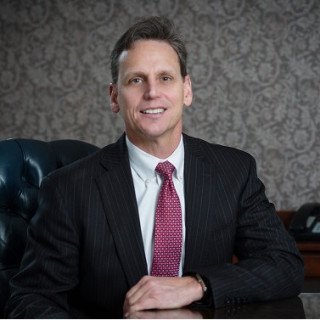 Mark Petrovich obtained a Bachelor's of Science in Engineering from the University of Pennsylvania in 1985, and graduated from George Mason University School of Law in 1993. He has more than 26 years of experience, having practiced in many Virginia courts (with a concentration in Fairfax and Northern Virginia), the District of Columbia and Federal Courts (licensed on all three jurisdictions).

Mr. Petrovich focuses his practice on criminal defense. This includes Reckless Driving, DUI/DWI, Larceny Offenses, Drug Offenses, Sex Offenses, Assault/Battery and Malicious Wounding Offenses, Robberies, Murders, every level of Juvenile Offenses and others. Mr. Petrovich, along with his partner, Thomas Walsh, is a qualified lead counsel on death penalty cases in Virginia and Federal Court. He has represented clients through four capital murder trials, one of which was the highly publicized Commonwealth of Virginia v. Lee Boyd Malvo (one of the “D.C. Snipers.")

Through his abundant years of experience, Mr. Petrovich has handled many trials, including jury trials, at all levels of court. He has repeatedly achieved successful outcomes in all levels of trial courts in all jurisdictions in which he has practiced throughout his career.

Mr. Petrovich has been voted by other attorneys as one of Virginia's “Legal Elite.” He is a member of the Virginia, Fairfax County and District of Columbia Bar Associations, and is a member of the Virginia Trial Lawyers Association and the National Association of Criminal Defense Lawyers. Mr. Petrovich has repeatedly been a guest speaker at conferences for the National Youth Leadership Forum, has been a featured guest lecturer/professor at George Mason University and East Carolina University, and has lectured training interns in the Fairfax County Public Defender's office. Along with his partner, Thomas Walsh, Mr. Petrovich has also twice been a featured speaker at the Annual Capital Defense Seminar.

District of Columbia
Since 1996

United States District Court for the District of Columbia
1999 - Current