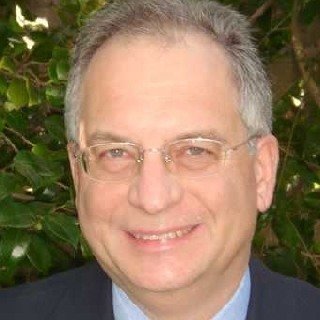 Mark Litwak is a veteran entertainment attorney and founder of the Law Offices of Mark Litwak & Associates based in Los Angeles, California. His practice includes work in the areas of copyright, trademark, contract, multimedia law, intellectual property and book publishing. As a Producer’s Representative, he assists filmmakers in arranging financing, marketing and distribution of their films. He also testifies as an expert witness in motion picture industry cases.

Litwak has packaged movie projects and served as executive producer on such feature films as “The Proposal,” “Out Of Line,” “Pressure,” and “Diamond Dog.” He has provided legal services or worked as a producer rep on more than 200 feature films. He is production counsel for numerous television and new media series including the Netflix series "Wet Hot American Summer," Yahoo Screen's "Other Space," and seven seasons of the Warner Brothers/Cartoon Network's Emmy Award winning “Childrens Hospital.”

Litwak has been a lawyer since 1977 and worked in New York and California. He has an AV Peer Review Rating from Martindale-Hubbell and has been designated a Southern California Super Lawyer numerous times by Thomson Reuters. He is an adjunct professor at the U.S.C. Gould School of Law where he teaches entertainment law.

Reel Power, The Struggle for Influence and Success in the New Hollywood
William Morrow, 1986
1986

Risky Business, Financing and distributing independent features, Risky Business, Financing and distributing independent features, New York, NY
April 27, 2018
Volunteer Lawyers for the Arts
In this full-day seminar veteran entertainment attorney Mark Litwak will take you through the financial intricacies of successfully producing an independent film. Topics include financing via pre-sales, debt and equity investors, negotiating tactics, typical contract terms, cross-collateralization, creative accounting, and ethical concerns. Particular attention will be paid to how producers and filmmakers can protect themselves by investigating distributors; watering down warranties; adding contract provisions covering performance, termination, and alternative dispute resolution; getting errors and omissions (E&O) insurance, and using lab access letters and schedules of minimums. Other topics will include criteria for selecting a distributor; new media distribution; which contract terms are negotiable; compliance with state and federal laws regarding investors; retaining an attorney, producer reps and publicists; and confirming awards and enforcing judgments.