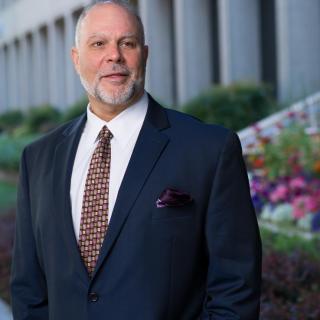 The remarkable careers of attorneys Mark J. Reichel and Steven B. Plesser make them a very tough team to beat. Together they bring a combined 50 years of trial victories in California’s largest and most complex criminal cases. The firm successfully handled the largest federal criminal case ever brought in California, which ended in the dismissal of all charges. The firm handled the two largest fraud cases in California and the largest arson prosecution. They also handled the defense of the largest international identity theft prosecution in Las Vegas and the largest federal criminal drug conspiracy. At least ten of their cases have been made into movies, documentaries or feature length stories in national magazines. They are recognized in the Global Who’s Who Of Trial Lawyers, the Top 100 National Trial Lawyers, and are annually selected as Northern California Super Lawyers. The firm has handled cases in Alaska, Oregon, Utah, Washington, Nevada, New York and Illinois. Lifelong friends, Mark left his job at the Federal Public Defender after many tough years of courtroom warfare, and Steve left after his success filled and prestigious tenure as a County Public Defender I order to join forces in 2010. There is not a criminal case they have not handled successfully. The firm resume includes not guilty verdicts in federal fraud and state murder trials, successful civil trial victories, successful appeals and also argument before the U.S. Supreme Court; a resume unmatched by many attorneys. Because of their breadth and depth of knowledge combined with their success in and out of court, any internet search of the firm reveals that the firm is routinely relied upon by major television and news programs for legal comment and an “insider’s” perspective on national legal issues. The stable of clients for the firm is a veritable “who’s who” in northern California, with national and local celebrities, politicians, artists, and infamous folks charged w