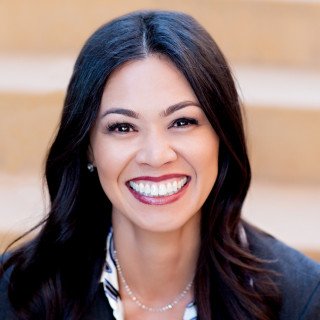 Ms. Maria McIntyre was born near Columbus, Ohio in 1975. Her mother is of Vietnamese descent and immigrated to the United States in the late 1960s. Ms. McIntyre has resided in the Dallas- Fort Worth area since childhood. She graduated with honors from Texas Christian University in 1998 with a Bachelor of Science (B.S.) in Political Science. In 2002, Ms. McIntyre earned her Juris Doctor (J.D.) from Texas Wesleyan University School of Law.

Ms. McIntyre has extensive experience in many facets of U.S. immigration law. Her practice initially focused on H-2A Agricultural and H-2B Seasonal Visas. Ms. McIntyreâs expertise quickly expanded to include deportation defense (including bond redetermination hearings, cancellation of removal, asylum, withholding of removal, and relief under the Convention Against Torture), family-based immigration (including adjustment of status, conditional residence, and immigrant visas), citizenship and naturalization, relief under the Violence Against Womenâs Act (VAWA), nonimmigrant visas, humanitarian relief attained from Citizenship and Immigration Services (C.I.S.) and Immigration and Customs Enforcement (I.C.E.), and federal court representation.

Ms. McIntyre is admitted to practice in Texas and the United States District Court for the Northern District of Texas. She is a member of the American Immigration Lawyers Association, Tarrant County Bar Association and Dallas Bar Association.

--
Nayar & McIntyre, LLP is a full-service immigration law firm located in the Dallas - Fort Worth metroplex dedicated to providing competent, compassionate and affordable legal representation to immigrants and their families. Our lawyers have over 13 years of combined experience in the field of immigration law and have represented thousands of individuals before U.S. Citizenship and Immigration Services, Immigration and Customs Enforcement, Customs and Border Protection, and the Immigration Court.

For many immigrants, the U.S. immigration experience is daunting, overwhelming, and often, distressing. Our goal is to relieve that burden and navigate the complicated immigration maze on our clients’ behalf to protect their rights and secure their legal immigration status in the United States.

Nayar & McIntyre, LLP offers a range of legal services to immigrants and their families, including:

Deportation and Removal Defense before the Immigration Court and Board of Immigration Appeals, including applications for cancellation of removal, adjustment of status, 212(c), asylum, relief under the Convention Against Torture, TPS de novo relief, voluntary departure, termination of proceedings, waivers for crimes, fraud and unlawful presence, and NACARA;

Naturalization and citizenship, including N-648 disability waivers and N-336 appeals;

Relief for Victims of Crime, I-360 self-petitions and U visas;

Waivers, including I-601 waivers for criminal activity, fraud, health issues and unlawful presence, I-212 waivers for prior deportations, and nonimmigrant visa waivers;

Change and Extension of Status;