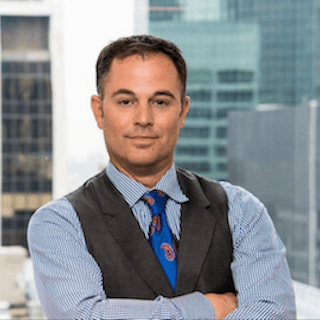 Recognized by his peers for his track record of success, his handling of the “important” cases and his staunch representation of his clients, Marc S. Albert has cemented his position amongst the pre-eminent personal injury and medical malpractice attorneys in New York. Since his graduation from law school more than 22 years ago, Mr. Albert has dedicated his practice exclusively to the representation of individuals who have suffered catastrophic injuries as a result of accidents and medical malpractice.

Over the course of his career, Mr. Albert has had diverse experience in both the small firm and big firm atmospheres. He spent the first 7 years of his career litigating personal injury cases from inception through trial for a small Manhattan firm, The Law Offices of Jamie C. Rosenberg. During this time, through the successful results obtained for his clients, Mr. Albert established himself as an attorney on the rise in New York’s personal injury landscape. By 2003, Mr. Albert had become so well known in the personal injury field that he was asked to join national powerhouse, Seeger Weiss LLP, to run their personal injury and medical malpractice division.

Mr. Albert spent the following 10 years at Seeger Weiss, where he was named a Partner and played an integral role in building a nationally recognized personal injury practice to match the firm’s already existing reputation as one of the nation’s most important mass tort and class action firms. During his tenure at Seeger Weiss, Mr. Albert not only put together an impressive list of seven figure recoveries for his clients, but also has been recognized on countless occasions for his work on groundbreaking cases involving important issues of personal injury law.

Mr. Albert opened his practice, the Law Offices of Marc S. Albert in 2011 and has continued fighting for the rights of injured clients with tremendous success. His firm has offices in Astoria, Queens and Syosset, Long Island.