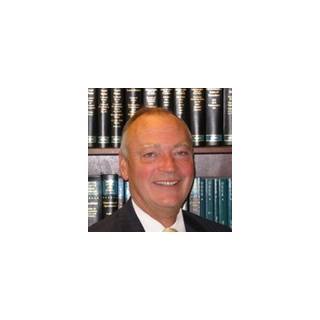 Larry Hunt was born and raised in Portland, Oregon. He received his bachelor's degree with honors from Northwestern University in Evanston, Illinois and his law degree from the University of Oregon. He has practiced law in Portland since 1975 when he began working with Millard Becker who is now retired. Mr. Hunt has contributed to the annual survey on Sales published in The Business Law Journal, and has lectured on the negotiation and drafting of contracts and on legal issues concerning the formation, management, and dissolution of limited liability companies. He is admitted to practice in the state and federal courts of Oregon and Washington, the Ninth Circuit Court of Appeals, and the United States Tax Court. Reported cases in which he acted as attorney include Carnahan v. Carnahan, 246 F.3d 673 (9th Cir. 2000); BLD Products v. Technical Plastics of Oregon, 2006 WL 3628062 (D. OR); Johnson v. Becker, 137 Or. App. 258, 903 P.2d 901 (1995); and Ireland v. Flanagan, 51 Or. App. 837, 627 P.2d 496 (1981).

During his thirty five years of practice Mr. Hunt has successfully tried cases involving a broad range of issues including corporate shareholder agreements, partnership dissolutions, breach of contract, fraud, personal injury, employment claims, civil rights, trust administration, real property, divorce and custody, and criminal law, in addition to both commercial and residential landlord tenant disputes. He has frequently participated in the negotiation and closing of business acquisitions and sales; and the negotiation and drafting of various contracts including shareholder and partnership agreements, employment agreements, commercial and residential leases, real property purchases and sales, prenuptial agreements, and settlement agreements both before and during litigation.

President/Owner
Hunt & Associates, PC
1992 - Current
For over 40 years, Hunt & Associates, PC has made it a goal to provide clients with the highest quality legal representation. Regardless of what situation you find yourself in, Hunt & Associates, PC offers a service to fit your business and personal needs. We represent Oregon and Washington individuals and companies through all stages of the legal process, from negotiations to litigation. With a broad range of legal experience, the firm’s attorneys are knowledgeable and well equipped to provide you with exceptional counseling and representation designed to get you the results that you need. We pride ourselves on providing clients with timely, personalized service and fair and accurate billing. Whether you are a company or an individual, we will work with you to understand your specific legal needs and provide you with skillful and aggressive representation to protect your interests. Areas of Practice: - Personal Injury - Wrongful Death - Medical and Legal Malpractice - Divorce and Family Law - Employment Claims - Probates and Estates - Business Law and Contracts - Business Sales and Acquisitions - Real Estate

What Will Your New Business Be?
Hunt & Associates, PC
2010