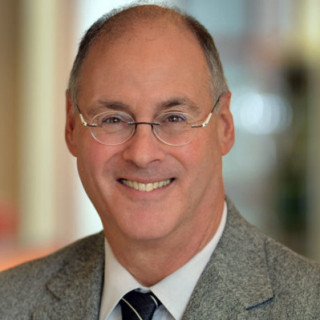 Larry received his B.A. from Penn State University in 1971 and his J.D. from Villanova University School of Law in 1975. Following law school he worked in the District Attorney’s Office as an Assistant District Attorney under F. Emmett Fitzpatrick, Jr. and Edward G. Rendell. In 1979, then D.A. Rendell elevated Larry to the position of Chief of his Economic Crime Unit. Larry also served as Director of the National District Attorney’s Association’s Economic Crimes Project, as a member of the National Legislative Conference on Arson, and was appointed by Governor Thornburgh to the Pennsylvania Commission on Arson. Larry also coauthored the National District Attorneys Associations’ Manual for Prosecuting Insurance Fraud.Since entering private practice, Larry has worked primarily on cases resulting in injuries stemming from exposure to asbestos. He has handled thousands of asbestos cases over the years. Larry has been named a Super Lawyer by Philadelphia Magazine every year starting in 2005.In 1999, Larry was appointed as a hearing committee member assisting the attorney discipline process in Pennsylvania. In 2003, the Supreme Court of Pennsylvania appointed Larry to serve as one of its sixteen statewide members of is Disciplinary Board, an agency assisting the Supreme Court in its licensing and disciplining of Pennsylvania attorneys.Larry is also active in the community. He has served as a member of the Board of Directors at Adath Jeshuran Synagogue, and currently serves on the Synagogue’s Board of Trustees. He served as a member of the Board of Directors at Philmont Country Club. Larry is a member of the Development Council for the College of Liberal Arts at Penn State University and is a member of the Board of Visitors of the Richard’s Civil War Era Center at Penn State University.

Board of Directors at Adath Jeshuran Synagogue
Member
Current

Board of Directors at Adath Jeshuran Synagogue
Board of Trustees
Current