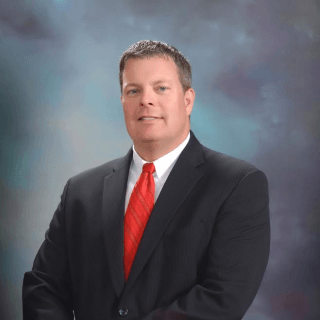 Lance N. Owen was born in Fort Walton Beach, Florida, and grew up in Blakely, Georgia. He graduated from the University of Georgia in 1992 with a B.A. in Political Science. Mr. Owen received his law degree from the University of Memphis in 1995. Mr. Owen accepted a position with Shepherd & Johnston in Griffin, Georgia, after graduating from law school and became a partner with the firm in 2001. The firm became known as Johnston, Owen & Bullard in 2006 and opened an office in McDonough, Georgia in 2011. Mr. Owen is the currently the managing partner for the firm. Mr. Owen is married to the former Becky Bohannon and has two daughters, Olivia Grace and Ava Kate. He is a member of the First Baptist Church of Griffin. Mr. Owen has substantial experience in family law and domestic relations matters including divorce, alimony, child custody, child support, paternity, legitimation, adoption and prenuptial agreements. Approximately 90% of Mr. Owen’s practice is focused on family law, but he also has experience in settling and trying claims related to negligence, auto accidents, premises liability, defamation and wrongful death. Mr. Owen has extensive experience in the Georgia Supreme Court and the Georgia Court of Appeals. Some of his appellate cases include Murray v. Gardner, 259 Ga. App. 725 (2003); Eubanks v. Rabon, 281 Ga. 708 (2007); Cook v. Cook, 280 Ga. 768 (2007); Killingsworth v. Killingsworth, 286 Ga. 234 (2009); and Guerrero v. Guerrero, 296 Ga. 432 (2015). Mr. Owen has tried hundreds of divorce and custody cases in Fayette, Henry, Spalding, Coweta, Pike, Upson, Lamar, Butts, Monroe and Clayton counties. He believes that it is critical for every attorney to have substantial trial experience before the judge to whom his client’s case is assigned. Different judges often make totally different decisions based on identical facts. There is no substitute for experience.