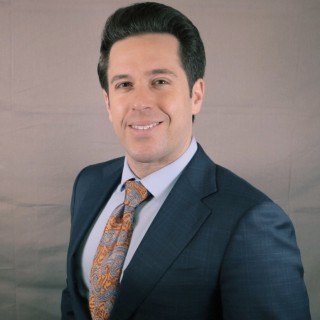 Kyle Newman is a third-generation plaintiff’s personal injury attorney who began practicing with his father, James Newman, upon graduating from Touro Law School in 2008. He is the senior associate at James Newman, P.C. and plays a prominent role in all cases from inception to resolution.

Kyle has devoted himself to becoming an accomplished trial attorney in the fields of personal injury and medical malpractice and was recently selected to the 2017 Super Lawyers Rising Star List, which recognizes the top 2.5% of all New York attorneys under 40 years old.

At only 25 years old and fresh out of law school Kyle was trying the first case of his career in Manhattan Supreme Court where he achieved a maximum jury verdict of $100,000.00 on behalf of a car accident victim.  This first victory would set the bar high for a near perfect trial record of over 50 jury verdicts in all five boroughs in cases ranging from medical malpractice, construction accidents, slip and falls, bus collisions, car accidents, wrongful arrest and assault & battery.

By his 30th birthday Kyle returned his first medical malpractice verdict of over one million dollars for a client who suffered near fatal injuries as a result of the malpractice of an orthopedic surgeon.  At the close of the nearly month long trial in Brooklyn Supreme Court the jury awarded a sum of $1,691,385.00, which was recognized as one of the highest verdicts for a medical malpractice action involving surgical errors and was featured in the New York Law Journal’s November 2014 "Medical Malpractice Verdicts & Settlements Hall of Fame."

At age 34 Kyle returned his first verdict in excess of three million dollars for a 35-year old man left permanently disabled from a failed bilateral laparoscopic inguinal hernia repair.  The plaintiff required two additional open hernia surgeries and was left with permanent ilioinguinal and genitofemoral nerve damage of the groin.  After a two-week trial in New York County Supreme