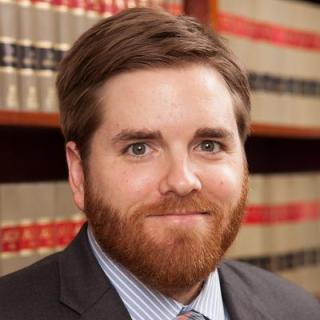 Kristopher J. Hilscher was ranked as AV Preeminent®, the highest possible ranking. Kris was also ranked a 9.6 out of 10.0 on Avvo. Kris as born in Richmond, VA. As a child, Kris would frequently visit his grandmother who was then a clerk of court. He gained significant exposure to the practice of law at an early age, and has maintained his desire to be an attorney ever since. Most children grow up watching cartoons while you could find Kris engrossed in an episode of “Matlock.” Kris attended Hampden-Sydney College on academic scholarship, where he graduated with a B.A. in Political Science in 2004. While attending HSC he spent a semester in Washington DC as part of American University’s Washington Semester Program in Justice & Law, where he was introduced to the experts and organizations that deal with the justice process on a daily basis. During this time he was also an intern at Crouch & Crouch Law Offices, and it was there that he was first exposed to the world of family law. Upon graduating from college, Kris went on to earn his J.D. from Campbell Law in 2008. While at Campbell, Kris served as Editor-In-Chief of the Campbell Law Observer and completed several internships in criminal, civil, and family law. Kris previously practiced in Sanford, NC where he focused on both domestic law and criminal defense. He was an active member in the legal community of Lee County as President of the Lee County Bar Association. In joining Younce & Vtipil, Kris is now able to focus entirely on serving the needs of his domestic clients and is excited about the possibility of becoming a family law specialist in Wake County. Kris married his high school sweetheart, Chelsey, and together they enjoy traveling and spending time outdoors. They are also actively involved with their church as Serve Leaders, coordinating volunteer opportunities within the community.