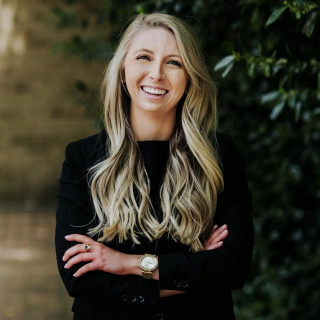 Kristen M. Martin is an Associate Attorney with Esworthy Law. She is a Maryland native and grew up in Baltimore County. In 2017, she graduated from the University of Baltimore with a B.A. in Jurisprudence and received a J.D. from the University of Baltimore School of Law in 2020.
Kristen has litigated and won cases at state district and circuit courts, and has delivered favorable results for her civil and criminal clients through both pre-suit representation as well as trial victories.

Kristen was previously in private practice with Justin W. Esworthy, Esq. as an Associate Attorney focusing primarily on criminal, traffic, and civil defense.

During law school, Kristen was a Student Attorney with the Human Trafficking and Prevention Project, where she represented low-income victims of human trafficking in the Baltimore area. In this role, Kristen helped to advocate for legislation, expunged and vacated client records, communicated with local prosecutors on cases, and zealously advocated for her client’s rights.

For five years preceding Kristen’s admission to the Maryland Bar, she worked full-time as a paralegal with Justin W. Esworthy, Esq. In this role, Kristen gained extensive knowledge in many areas of the law, including Criminal Defense, Traffic Defense, Civil Litigation Defense and Business Law. Kristen worked closely with clients from initial client intake through to the final preparation for court hearings and trials. Kristen was an integral part of the defense team as she meticulously investigated and interviewed potential witnesses, researched and drafted motions on distinct civil and criminal issues, and collaborated with attorneys to obtain the best outcome in every case. Kristen’s experiences have led her to interact with a range of clients and matters which enabled her to handle trials on day one. Kristen is well equipped to defend a vast array of matters and is a zealous advocate for your rights.

Q. Can You Contact A Court Or Judge Regarding A False Arrest.
August 1, 2021
A: No. You should contact a local Attorney for assistance. Many lawyers offer free consultations for such matters and you should consider speaking with an attorney about your options. Good luck!