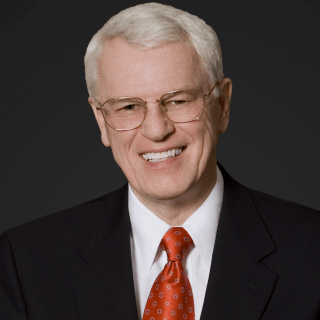 Ken Nunn prides himself and his personal injury law office as being tough, smart, and incredibly organized. Since 1967, he has been dedicated to helping injured people fight insurance companies. He strongly believes in giving each client great respect and in working hard as possible – even on the smallest cases. Ken is often working in his office late at night, as well as on weekends and holidays.

A graduate of Indiana University School of Law, he has received many National Recognition awards and was published in four books featured on Amazon.com’s Best Seller lists. His law office has obtained many Multi-Million dollar recoveries in personal injury and wrongful death cases.

Above all, Ken is resolute in his belief that good old-fashioned hard work wins the day. “I believe in my clients. My philosophy is not to spend time on negative thinking - instead, focus on how the case can be won. Believing you can win is key. The lawyer must put his heart and soul into the case.”

"A Lawyer's Journey To Success" Featured in: The Road To Success vol 2
Celebrity Press
2016

"29 Insurance Adjuster Tactics That Can Cost You" Featured in: Protect And Defend
Celebrity Press
2012

1 Minute Video - If You've Been Injured, Watch This!