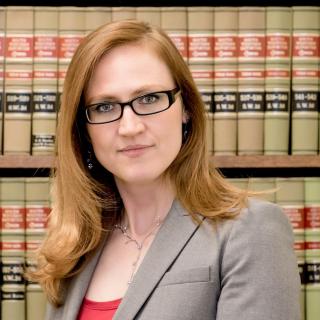 Kathryn Liptrap moved to Texas in 1997 while in the U.S. ARMY, where she served as a PATRIOT missile System Technician. She moved to Montgomery County in 2001 with her son. She worked her way through college and graduated Summa Cum Laude from Sam Houston State University with a Bachelor of Science in Psychology, a minor in Philosophy. After working for a year in the oil and gas industry, she started law school at the University of Tulsa, transferring to South Texas College of Law after one year. She graduated from South Texas in 2011. Kathryn Liptrap of The Liptrap Law Firm in Conroe Texas She began working in Family Law in 2013, but soon found that Criminal Defense law more challenging. She began working for prominent Conroe attorney, on several high profile felony cases, her first case being a highly publicized Capital Murder case. She has worked on a variety of cases; Injury to a Child, Driving While Intoxicated, Deadly Conduct, Burglary of a Habitation, Violation of Civil Commitment, Possession of Marijuana, Aggravated Sexual Assault of a Child, Online Solicitation, and Competency to Stand Trial, to name a few. From a desire to learn techniques from various mentors, she began working with another experienced attorney, where she focused more closely on DWIs, Assault Family Violence, Theft, and various drug charges, most commonly, Possession of Controlled Substance. By this time, she had qualified to be on several Indigent Defense appointment lists, and many of her clients were those who could not otherwise afford an attorney. She was successful in getting various cases dismissed, from Theft, Felony Possession of Marijuana to Assault Family Violence. In late 2015, she made the decision to open The Liptrap Law Firm, with a focus on Criminal Law. Ms. Liptrap believes strongly in the protections of the Constitution and the belief that every person is innocent until proven guilty.