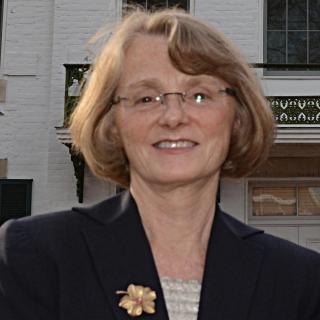 Ms. McCann earned her B.A. degree in psychology from the University of Maryland Baltimore County in 1979. She graduated the University of Baltimore School of Law Magna Cum Laude in December of 1996 and was admitted to the Maryland Bar in June of 1997. She was a member of the University of Baltimore Law Review and the Heuisler Honor Society. After earning her law degree, Ms. McCann became associated with the Baltimore firm of Ober, Kaler, Grimes and Shriver. From there, she entered solo practice in Annapolis, Maryland. In 2001, she joined the Annapolis firm of Alan Legum, P.A. Ms. McCann moved from Annapolis to Queenstown, Maryland in 2002. In 2005, she opened a private practice in Queenstown. Ms. McCann concentrates her practice in the following areas: (1) family law which includes divorce, custody and child support, property distribution, alimony and prenuptial agreements; (2) appeals; (3) wills, trusts, and estates; and (4) adult guardianship. She is also an experienced mediator who is court-approved and frequently appointed by the Circuit Court for Queen Anne’s County as mediator in all types of family law cases. Ms. McCann is a member of the American Bar Association, the Maryland Bar Association and subscribes to the Family Law, Estates & Trusts Law, Elder Law, and Alternative Dispute Resolution Sections. She is a member and former treasurer of the Queen Anne’s County Bar Association. She also serves on the Fee Dispute Resolution Committee of the Maryland Bar Association. In 2008, she received the Outstanding Attorney Award from Mid-Shore Counsel on Family Violence for her work advocating on behalf of victims of domestic violence. Ms. McCann is also a member of the Chesapeake Environmental Center. She can be reached by calling 410-827-5622 or online at kdmccann@kdmccannlaw.com.

Attorney and Owner of the Firm
Law Offices of Kathleen Duckett McCann
1998 - 2001
Practiced law in Annapolis in my own firm until securing a position as an attorney at the law firm of Alan Legum, P.A.