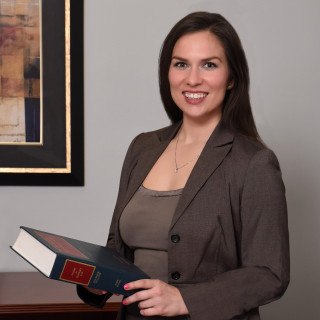 A lot of lawyers know the law and intelligent but fewer have the common sense to work quickly and efficiently for clients. This is what sets Kara apart from the rest.
Read All Lawyer Reviews
Badges
Claimed Lawyer ProfileOffers Video ChatSocial MediaResponsive Law
Summary

As a life-long resident of West Chester, Ms. Lyons enjoys serving the Greater Cincinnati area. She is admitted to practice in Ohio. Ms. Lyons’ practice focuses on wills, trusts, probate, and estate planning. In 2018 & 2019, Ms. Lyons was named a Cincy Magazine Leading Lawyer for Trusts and Estate Planning.