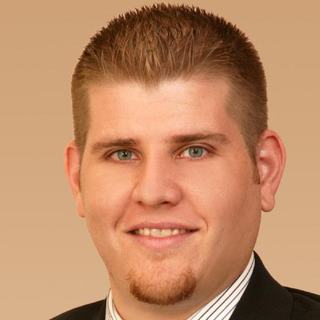 Justin G. Hausler has worked in the criminal area of practice since being admitted to the Florida Bar. He began his legal career as a Prosecutor for the 18th Judicial Circuit in Seminole County, FL as an Assistant State Attorney. While serving as a Prosecutor, Mr. Hausler conducted many jury trials regarding Driving under the influence (DUI), driving while license suspended/cancelled/revoked (DWLS), drug, domestic violence, theft, violation of probation and various other types of cases. After serving as an Assistant State Attorney, Mr. Hausler dedicated himself to representing individuals that had been accused in the criminal justice system. In 2007, Mr. Hausler established his own law practice and has been practicing in the areas of Criminal law, Family/Domestic Relations law and Workers’ Compensation matters. Mr. Hausler has represented parties in cases of: contested and uncontested divorce, legal paternity, modification, custody/child support/relocation, adoption, guardianship, prosecuting and defending contempt and injunction issues, as well as other domestic matters. Mr. Hausler is also a former Insurance Defense lawyer, who worked for a multistate, multimillion dollar law firm representing Fortune 500 companies in the area of Workers’ Compensation all across the State of Florida. The Law Offices of Justin G. Hausler, P.A. is a product of Mr. Hausler’s rich experience and is committed to providing excellent, client-oriented representation to those individuals who cannot defend themselves.

Membership
BNI Foundation
2014 - Current
Our Philosophy The philosophy of this organization is built upon the idea of "Givers Gain®": By giving business to others, you will get business in return. This is predicated on the age-old idea of "What goes around, comes around." Our Mission The mission of BNI is to help members increase their business through a structured, positive, and professional "word-of-mouth" program that enables them to develop long-term, meaningful relationships with quality business professionals.

Q. Help with divorce Mediation?
February 22, 2022
A: Do you know in which county the case is filed? Do you have a case number or any pleadings? Get a consultation ASAP

Q. An individual that hired me to paint his house has filed a false report against me with local, state, fed. What can I d
January 14, 2022
A: I agree with my colleague. This is a far-fetched allegation and likely coming from a person with mental illness. Consult with a lawyer asap. Don't have any other contact with him or law enforcement.

Q. Are their any lawyers that can file an early termination for probation on my behalf
January 12, 2022
A: Yes, you can easily find a lawyer to file a motion for early termination of probation. There are many attorneys on this service that are available to go over it with you. Most counties will want your probation officer's position on the motion. In which county are you on probation?