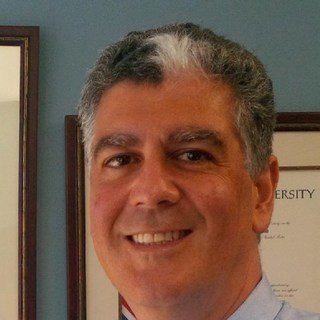 Throughout his twelve year career with the United States Department of Justice, during which time he held several positions ranging from Federal Prosecutor to trainer for the Overseas Prosecutorial Development, Assistance and Training Office, Mr. Milanes appeared as lead counsel in several hundred cases, successfully trying several. He spent years working in various capacities in both the Washington, D.C. metro area and Suan Juan districts and, in addition to having significant legal connections and being a well-respected litigator in both jurisdictions, has vast knowledge of those venues, including the judges and jurors before which he practices. Mr. Milanes has carried over his experiences and successes as a public servant into the private sector, wherein he has applied his considerable problem solving, litigation and courtroom experience in the representation of corporations and individuals.

In 1988, Mr. Milanes obtained his Bachelor's in International Studies from the University of St. Thomas Aquinas in Houston, Texas. In 1991, he graduated with distinction from the Washington College of Law at The American University, Washington, DC.

Q. i was just wondering if a company files for chapter 11 will they still pay you
7 July 2015
A: It depends. The company will require that you file a Proof of Claim with the Court in the proper format. The company will then proffer to the Court and/or certain creditors a Plan of repayment or reorganization. You may be a priority creditor that they desire to pay; you may be an unsecured creditor that gets paid in full, or paid nothing. Every case is different. You need to consult with a Bankruptcy Attorney in your area to take a look at this specific case and represent your interests.

Q. When filing bankruptcy in VA, can I keep a house I am still paying mortgage on?
7 July 2015
A: Yes. You can keep the home; however, depending upon the amount of equity, how you hold title and a number of other factors, you will need to determine whether Chapter 7 or 13 is right for you. If there is a fair amount of equity, Chapter 7 may not be a good option. If there is a lot of equity and you want to keep it, then you will need to file a Chapter 13 and repay your other debt over the next few years. Meet with a local Bankruptcy Attorney to determine what is right for you.