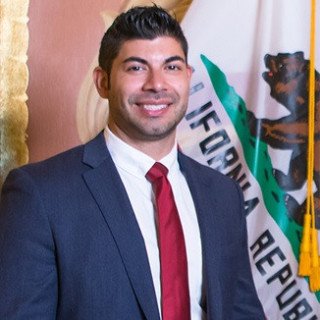 Steve Franco is an award-winning attorney who has dedicated his legal career toward fighting on behalf of injured workers. He is one of the few workers’ compensation attorneys in Northern California to have received part of his legal training at the prestigious California Supreme Court where he oversaw and worked on numerous labor and employment cases affecting all Californians when he served as a judicial extern for Justice Carlos Moreno. In 2018 and 2017, Steve was selected by Super Lawyers Magazine as a Rising Star in the area of Workers' Compensation Law. The attorneys selected as Rising Stars are limited to 2.5% of the outstanding emerging lawyers in Northern California who are age 40 and under or having practiced 10 years or less.

While spending the past 10 years fighting on behalf of injured workers, Steve has successfully handled numerous trials and has obtained many favorable verdicts on behalf of his clients. Steve litigates cases throughout Northern California and has handled cases in the following courts -- Oakland, San Francisco, San Jose, Stockton, Sacramento, Salinas and Santa Rosa.

Steve has also served as a television legal analyst on Univision, Telemundo, TV Azteca, and Estrella TV and has also made several appearances on radio shows throughout the Bay Area.

Steve is a proud alumni of the University of California, Berkeley where he obtained his bachelors degree and graduated with honors. He then went on to obtain his law degree at the University of Calfornia, Hastings College of the Law where he was a member of LEOP and the Hastings Constitutional Law Quarterly -- the nation's longest running legal journal devoted entirely to constitutional scholarship.

Steve looks forward to helping and representing you in your workers' compensation claim and working hard to obtain you all the benefits that you are entitled to so that you can obtain a just and fair result in your case. Find out more information about Steve at https://www.francomunoz.com

Steve Franco has served a legal analyst on Univision.