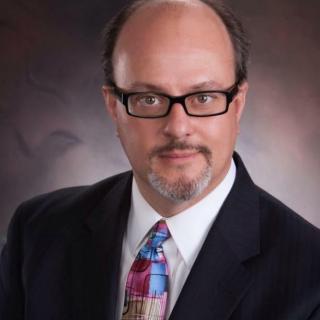 We dont' Judge. We understand. and we solve.
Review This Lawyer
Compare Save
Badges
Claimed Lawyer ProfileSocial Media
Biography

JOSEPH M. BORSBERRY of Borsberry Law Offices, P.C. of Peoria obtained his Juris Doctor degree from DePaul University College of Law and his Bachelor’s Degree in Criminal Justice Sciences from Illinois State University And has been practicing law for 23 years. He is licensed to practice law in the State of Illinois, the United States District Court for the Central District of Illinois, the United States Court of Appeals for the 7th Circuit, and the United States Supreme Court. Joseph M. Borsberry concentrates his practice in criminal, juvenile, traffic and family law matters. He has lectured on Illinois family law issues to lawyers and judges at the Peoria County Bars Association, Illinois Central College, Midstate College, and has lectured on self defense issues to women and martial artists at seminars at the Contemporary Art Center of Peoria, Illinois. In College, we privileged to work for Justice James A. Knecht of the Fourth District Appellate Court as a junior law clerk, where he briefed the Court and drafted appellate court opinions. He also interned for the Consumer Fraud Division of the Illinois Attorney General’s field office in Peoria as a paralegal litigation intern. While at the DePaul University College of Law he edited two books on criminal law and procedure for Professor John F. Decker. As a Rule 711 law student extern, he tried cases for the Cook County Public Defender’s Office at 26th and California in Chicago, Illinois. Joseph M. Borsberry has been appointed several times as a guardian ad litem for children, and has served as an Assistant Public Defender in Peoria County and Stark County, as well as served as a CJA panel attorney in federal courts. He has volunteered time to Chicago Volunteer Legal Services, Prairie State Legal Services, the Peoria County Public Defender’s Office, and the Peoria Push Women’s Roller Derby team. He enjoys surfing, marksmanship, skiing, scuba diving, and motorcycle racing.