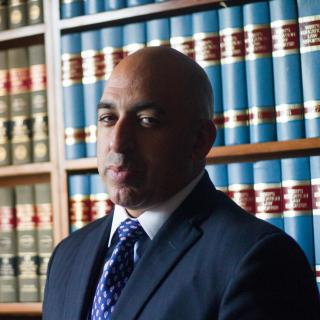 Since Joseph went into private practice he’s handled a variety of cases throughout the 1st and 2nd judicial Circuit of Illinois. Joseph handles a variety of cases including Divorce, Custody, and Personal Injury but focuses on DUI, Aggravated DUI and Criminal Defense.

Joseph was born and raised in the Chicago land Area. After high school Joseph enlisted in the United States Marine Corps and served as a Marine Infantry Leader, deploying in 2003, 2004, 2007, 2008 to Iraq. He then worked as a NATO Weapons Advisor and Trainer, traveling and working throughout Afghanistan. Joseph eventually graduated law school and began his law career here in Marion Illinois.

Joseph Prides himself on being detailed, strategic and aggressive in his representation.

Q. My husband got a ticket for failure to reduce speed to avoid accident. He is currently on the court supervision for DUI
January 19, 2017
A: Supervision is a deferred judgement that will act to reward someone IF they do not get another conviction within the supervision period. Two supervisions are allowed within a year. A supervision may not affect him but prosecutors may file a petition to revoke his supervision for the DUI. The best thing to do his hire an attorney to fight the FTRS ticket.

Q. How many times do you have to go to court for a DUI?
January 19, 2017
A: You will have be required to be present for a First Appearance and an Arraignment, usually two different days. If you hired an attorney already, this can be done on the same day. After, the number of appearances depends on the facts of the case, and your history. The case can be continued for a number of reasons, the most common is for Discovery purposes. Typically these Pre-Trials are set out every 45 to 90 days and so if your case lasts two years, you do the math. Additionally, you may have to appear for the SSS hearings as well, add another two or three appearances. In other words, hire an attorney to try and speed things along.