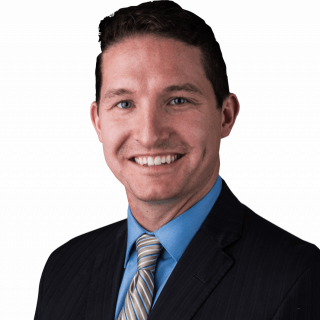 Jordan H. Walker, Esq. is an income partner at Sever Storey and has been with the firm in some capacity since 2010. Mr. Walker attended the University of Missouri for undergrad and earned two bachelor’s degrees–one in journalism and one in political science. Mr. Walker then set out on fulfilling his childhood dream of becoming an attorney by attending the Indiana University Robert H. McKinney School of Law and graduating in 2012. Mr. Walker currently practices in Georgia, Illinois, Indiana, and Texas. Mr. Walker has a detailed knowledge of the eminent domain laws and codes in these states, particularly as they relate to relocation and business losses (Georgia only).

Mr. Walker enjoys the outdoors and being active. He has two rescue dogs and really likes to post their pictures on social media.