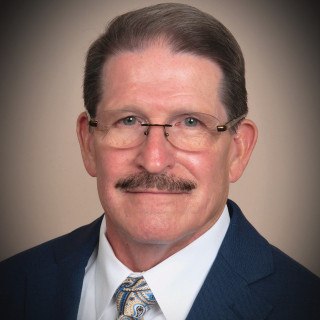 I am a small law firm helping good people in bad times, dedicating our time, personal attention, and expertise to our clients. I am responsive to client questions and concerns returning telephone calls in a timely manner and keeping clients up to date on the progress of their case. The firm is focused on all aspects Criminal Defense, Criminal Appeals, DUI, BUI, Traffic Offenses, Juvenile Law and domestic violence, with an unwavering dedication to achieving the best possible outcome for our clients. I am a retired deputy sheriff and former assistant state attorney who is able to work with clients concerning fees by offering reasonable flat fees and payment plans.

When do the police have to read me my rights in Florida?

Law enforcement has to advise an individual of their rights when they're in custody, and the statements they take are intended to be used in court. If an individual is not in custody and law enforcement's not gonna use those statements against them in court, then there's no need for Miranda warnings, or your rights being read to you. One trick that law enforcement likes to play is to invite an individual to the police station or the Sheriff's office and advise them they're not under arrest, they're free to leave, then ask them a series of questions and allow them to leave, only to find a few days later, the police knocking at the door, making an arrest. The statements made at that interview are admissible because you were not in custody at that time.

What is the criminal court procedure in Florida?

The criminal court procedure normally starts off with first appearance, where an arrestee is advised of their rights, bail set, probable cause is determined. Then it moves on to the next stage, which would be an arraignment in either county or circuit court. Then there would be pretrial hearings to determine the course of the litigation, a plea or trial. Once that's determined, either a plea hearing will be set, or a trial will be set.

What is the difference between a misdemeanor charge and a felony charge?

What is the difference between assault and battery?

The difference between assault and battery is assault is a threat do do harm, a battery is doing that harm. The touching of another individual, no matter how slight, if unwanted, is a battery. If you're charged with assault or battery, you need to contact an experienced criminal defense attorney right away.

Why can individuals be charged with drug dealing in Florida when the drugs...

Even if the drugs are for personal consumption, depending on the weight of the drugs, the type of drugs, and any other paraphernalia that may be in your possession or control, the police can charge you with delivery, which is the same as drug dealing. You don't have to sell, just the mere deliverance of a drug is drug dealing in Florida. If that happens, contact an experienced criminal defense attorney.

What are the typical steps in a criminal proceeding in Florida?

After an arrest, an individual will go to first appearance. A lot of times that's conducted through a video. At that incident, the judge will advise you of your rights, inquire as to whether you have an attorney, and set bail. The next process would be bailing out, or a preliminary hearing. After the preliminary hearing, if one is held, first appearance, or arraignment, would be the next step. At arraignment, again, you would be advised of your rights. Most like, if you didn't have a lawyer, which you should by that time, a public defender would be appointed. The process after that is trial. Between the arraignment and trial, there is several pre-trials. Your attorney will be able to get discovery, which is all the information the state has against you.

What is a pre-sentence investigation report and what is it used for in Florida?

A pre-sentence investigation report is used in Florida to help a judge determine how to sentence you. If you plead guilty or are convicted of a felony, the judge will order Probation to conduct an extensive background check basically. They will contact your parents, your work, find out all about your background. That will go into a report that's sent to the judge. Based on that report, he will or she will decide where you fall within the guidelines in Florida and sentence you appropriately.

What is considered child pornography?

What is drug diversion?

Drug diversion is a program used mostly in the circuit courts. It gives an individuals who seriously has a drug problem the opportunity to go through treatment and once treatment is completed they have the opportunity to have that charge dismissed and their record expunged.

Robbery is a theft that involves violence or the threat of violence, such as armed robbery, purse snatching. Those types of crime are robberies. If you're charged with robbery, you need to contact an experienced criminal defense attorney to help you out.

What is sexual battery?

What is statutory rape?

Statutory rape is consensual sex with a minor. A minor in Florida is an individual under the age of 18. Even if that individual consents to the sexual intercourse, you may still be charged with statutory rape, because as a minor, she does not have the ability to give consent.

Can the police take my cell phone if they are investigating a crime?

How can I clear my criminal record in Florida?

How can I defend myself against a drug charge?

Well there's a number of defenses. One is that the drugs don't belong to you. If it's prescription drugs, you have a prescription, and if you're stopped and arrested for a drug crime, it's important that you call an experienced criminal defense attorney to defend you.

How much does it cost to hire an attorney in a criminal case in Florida?

I am guilty, have no defense, and just want to get this over with. Should I even bother...

Yes, you should have an attorney at all stages of a litigation. Even though you believe you're guilty, there's legal issues that you may not know about that your attorney could help you with. A suppression of evidence because of an illegal search, as a layperson you may not even recognize that. An attorney will recognize that and be able to help you.

Is there any way to fight back if I am arrested after an illegal search?

There is. Whenever you're arrested, if there is a search involved, you should have an experienced criminal defense attorney look at the evidence to determine whether or not that search was legal. If it was not legal, your attorney can file a motion to suppress that evidence. When that evidence is suppressed, your case will be dismissed.

It is just his or her word against mine. Can the police even charge me?

The police can charge you if they have probable cause they believe a crime was committed. If the police were told that you committed a certain crime and the police believe the individual making the statement, there's enough probable cause to make the arrest. In court, testimony alone is sufficient evidence for a conviction. He said, she said is enough to get you convicted in Florida.

My girlfriend and I got in a fight and I hit her. We made up and are back together...

That's a question I'm asked a lot. And the truth is no. Once a crime is reported to the police and an arrest made the victim is actually a state witness. They have no power to insist that the charges be dropped. They can however, as the state attorney's office to drop the charges and that will be considered.

The police want me to talk about a crime they think I committed. Should I comply?

No, you should not speak to police without an attorney present. The police will, a lot of times, ask you to, "Come in and talk to us, because you can help clear this up. You can clear your name." That translates into, "Help us shore up our case." They will bring you in, tell you you are free to leave at any time, interview you, and then later use those statements against you.

Can the police just stop me on the street and search me for no reason in Florida?

The police can't stop you and search you in the street for no reason. However, the police can come up to you and they can talk to you. You can refuse to answer them or talk to them as long as they do not have reasonable suspicion that you committed a crime, or were about to commit a crime. If they had that reasonable suspicion, law enforcement could stop you and pat you down.