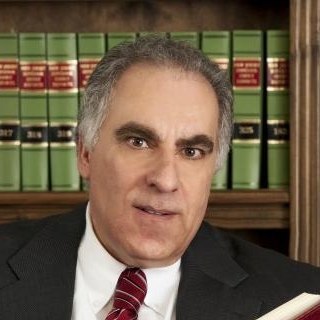 Mr. Morelli concentrates his practice in the areas of litigation, commercial transactions and real estate transactions. He is an experienced trial attorney who has been actively appearing before juries since he was admitted to the bar in 1981. The Supreme Court has Certified Mr. Morelli as a Civil Trial Attorney, a distinction that less than 2% of attorneys achieve.
Mr. Morelli is a 1981 graduate of Rutgers University Law School. He holds a B.A. degree from LeMoyne College in Syracuse, New York. While an undergraduate, Mr. Morelli was a member of the Pi Gamma Mu National Honor Society. He graduated cum laude, with honors in his major in 1978.
He is admitted to practice in the states of New Jersey, Pennsylvania and California as well as the United States District Courts for New Jersey, the Eastern and Middle Districts of Pennsylvania, the Southern District of California, the United States Claims Court and the United States Supreme Court. He is a member of the New Jersey State Bar Association, the Camden County Bar Association the California Bar Association and the New Jersey Trial Lawyers Association. Mr. Morelli served as the Municipal Court Judge for the Waterford and Voorhees Townships. He is currently the Judge for the Borough of Stratford and the Borough of Woodlynne. Mr. Morelli serves as a member of the Municipal Court Practice Committees for the New Jersey State Bar Association and the Camden County Bar Association. He has authored an article on The History of the Municipal Courts which appeared in New Jersey Lawyer magazine. Mr. Morelli has also been appointed by the New Jersey Supreme Court to the District IV Ethics Committee and the Municipal Court Practice Committee.He recently completed his duties as Vice Chair, then as Chair of the District IV Ethics Committee.

What Happens if you Die or Become Disabled: Protecting Your Practice
The Barrister
April, 2010

Lincoln the Lawyer
The Barrister
October, 2009