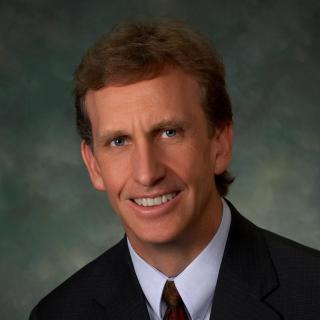 C. John Cotton is a native of Sheridan, Wyoming. He earned his undergraduate degree from Montana State University in Bozeman, Montana in 1978, and his Juris Doctorate from the University of Wyoming in 1983. From 1983 to 1987, C. John Cotton served as a law clerk, first in the State District Court, later in the Federal Court for the District of Wyoming. From 1987 to the present, he has been involved in the private practice of law. The last 20 plus years have been in Gillette, with focus on personal injury and wrongful death cases. C. John Cotton was admitted to the Wyoming State Bar Association in 1983. In addition to Wyoming State Courts, he is admitted to practice in Federal Court for the District of Wyoming, as well as the United States Court of Appeals for the Tenth Circuit. C John Cotton has over 20 years experience representing clients in personal injury and wrongful death cases in State and Federal Courts. C John Cotton was President of the Wyoming Bar Association, 2012 – 2013, is a Member of the Wyoming Trial Lawyers Association, Member of the American Bar Association and is Admitted in good standing, State and Federal Courts