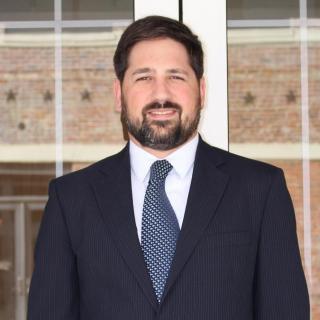 John Terrezza was born in Pensacola, Florida, educated at the University of Florida and the Florida State University College of Law, and now focuses his practice on criminal defense. From 2010 to 2015, John lived in Gainesville, Florida where he discovered his passion for criminal defense while working in the office of attorney Lloyd Vipperman Jr. John enjoys the opportunity to get in the courtroom, argue, and defend the rights of persons accused of crimes. John has won acquittals at trial as lead counsel on charges ranging from misdemeanors to those carrying mandatory life sentences. In 2015, John briefed the federal appeal of a Motion to Suppress, and won, resulting in his client’s immediate release from prison. John has experience representing all types of people, from those who could not afford to hire their own attorney, to millionaires accused of committing white collar crimes. John is excited to be back in his hometown, and to use his experience in criminal defense to continue to fight for his client’s rights.

Associate Attorney
The Law Office of Lloyd Vipperman
2010 - 2015
After law school, Mr. Terrezza worked as a law clerk at the criminal defense firm, the Law Offices of Lloyd Vipperman, Jr. Because of Terrezza’s hard work and dedication, he was quickly promoted to a full-time associate attorney. For five years, he represented all types of people in criminal proceedings—from those who could not afford to hire their own attorney to millionaires accused of committing white collar crime.