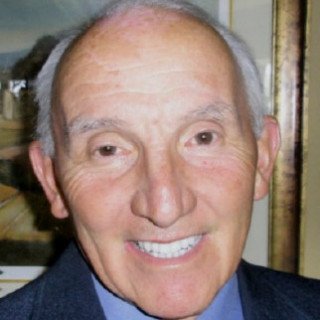 My primary focus is to assist you during one of the worst times in your life - you have been accused of a crime, possibly arrested and you need someone to fight for you. I begin to prepare and start to advocate for you often before the DA has ever filed charges, so it is never too soon to contact me for assistance. I believe my experience and knowledge separate me from many other attorneys and I am a strong advocate for you at any stage of the criminal justice process and I look forward to helping you!

I have personally tried over 400 cases from inception to verdict winning approximately 87% of those trials. Those trials were criminal both as a prosecutor and defense attorney as well as a civil defense or plaintiffs’ attorney. Before entering private practice, I was a Deputy DA for Los Angeles County and thereafter I was a Deputy DA for Shasta County. Thereafter, in private practice I focused on insurance defense work initially, then personal injury, product liability, medical malpractice and eventually criminal defense work which has now become the mainstay of my practice.

My cases have involved many levels of the judicial system including the Superior Court, the Appellate Courts and the Federal Court system throughout California as well as in other States throughout the US. To practice in other states, I was appointed through a Pro Hac Vice appointment.

I have been an attorney in good standing with the State Bar of California for over 50 years. I was previously an officer with the California Defense Council, the American Board of Trial Advocates (ABOTA) and currently a Diplomate with ABOTA. I have also been honored by Top 100 Lawyers in the US for 2020, 2021 and 2022. I have been named a Lawyer of Distinction
throughout the US since 2015. I have also been a Martindale Hubbell AV rated attorney since I was available to receive that rating which would be over forty years ago and many more honors including Best of the North State.

Whittier Law School
J.D. (1969) | Law
1967 - 1969
Honors: Graduated first in my class with a Juris Doctorate (J.D.) and this degree was bestowed Summa Cumm Laude
Activities: I clerked for Beverly Hills Attorney Paul Caruso during my years at law school and joined his practice as an Associated Attorney until I left to practice at the Los Angeles County DA's Office, then the Shasta County DA's office and then private practice in Redding, CA.