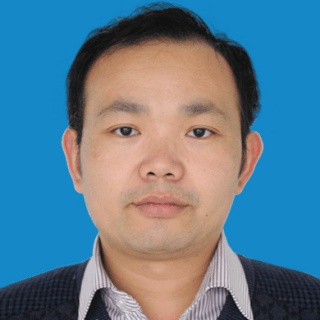 Mr.Wang-Jingzhan is a lawyer based on China (Tianjin).
Mr. Wang (Phone: +86 13920701735, Email: attorneywon@outlook.com) graduated from school of laws on 2005 and then he started his legal career, initially as a Judge Assistant at a law court in the west of China. Two years later, he went back to Tianjin with a silver medal awarded by China Youth League due to his excellent performance. In April of 2008,he began to practise law as an attorney in one of the top law firms located in Tianjin City of China.
Over the years, he accumulated rich experiences in variant areas of law. He had ever successfully helped his clients not only in fields of commercial contract disputes, construction project legal service, real-estate law, insurance law, but also in cases regarding securities law, documentary credit, finance law, international transport dispute, and intellectual property right. Furthermore, he had ever served and participated in some international projects, acting as legal advisors for CPP overseas, a corporation subordinate to CNPC, one of the biggest firms in China. In June of 2017, as one of the founders, he brought Tianjin Bozhuan Law Firm into birth in the People's Republic of China, with two other well-known Tianjin lawyers (Mr. Song, a first-tier civil lawyer, and Mr. Li, a well-known criminal defense lawyer).
Furthurmore, Mr. Wang has a good collaboration with some international law firms and arbitrary establishment from UK, Germany, Hongkong, Singapore and etc.

Senior Partner and Lawyer
Tianjin Bozhuan Law Firm
2017 - Current
As a lawyer in Tianjin, he doens't only hanlded case in Tianjin, China, but also represented his clients all over the world to take legal actions for cases relating to China, Whether it's international or domestic, whether it's litigation or non-litigation.

The Limitation and Enlarge on Farmer's Property Right Due to Rural Policy
Fujian Law
September 20, 2013

The Enforcement and Examination of Constitutional law in China, Jizhou, Tianjin of China
December 6, 2019
People's goverment of Dongshigu, Jizhou

Q. If a company in china steals my photos of Me. on My hawaii business website and uses it to make sales, do I sue?
February 22, 2022
A: as per the civil code of China, Unless otherwise provided by law, no one may make, use, or publicize the image of the right holder without the latter’s consent.

Q. Suing a game for fraud or getting back my payments!
December 23, 2019
A: who is the developer of the game? where it's located?