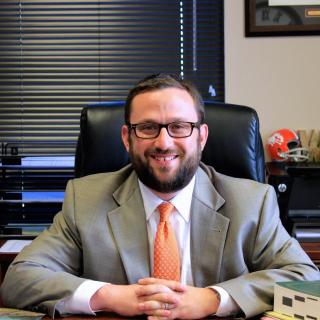 Jeffrey Wolf is the founder and lead criminal defense lawyer at Wolf Law. Mr. Wolf founded Wolf Law in order to provide excellent and compassionate criminal defense to anyone accused, investigated or facing criminal charges. Mr. Wolf was born, raised, schooled and continues to live in the Denver Metro Area. Having lived and worked in Colorado his entire life, Mr. Wolf has built an extensive network in the area that his clients benefit from. Mr. Wolf is truly a “Denver lawyer.”

Jeffrey Wolf is a trained, skilled criminal defense attorney. Mr. Wolf’s entire career has been built around the defense of the accused. After getting his undergraduate degree in political science, Mr. Wolf immediately entered law school where he worked for a District Court Judge in Denver and some of the best criminal defense attorneys in the country. After graduating from law school, Mr. Wolf immediately entered the criminal defense field at the Colorado State Public Defender’s office. Frustrated by the lack of time to give personal attention to each client, Mr. Wolf entered private practice and has been representing his clients ever since.His dedication to his clients shows, as he has won AVVO Client’s Choice for three consecutive years from 2014-2016. Mr. Wolf has handled thousands of criminal and traffic cases throughout the state of Colorado, including many cases taken to trial with overwhelmingly favorable results.

Jeffrey Wolf is the right attorney to listen to you, help you and represent you as your attorney. He takes the responsibility of his job and the trust of his clients very seriously and will fight for you every step of the way. No matter your situation, Jeffrey Wolf is the attorney for you.