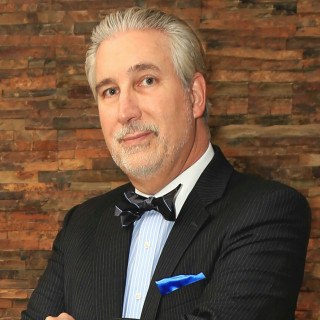 Recipient of the coveted "AV" 5.0 PREEMINENT highest possible rating from Martindale-Hubbell for more than the last 20 years and named by CEO Magazine for the last 15 years as one of Ohio's "Top Lawyers", Mr. Lewis is well known in the Central Ohio business, legal and political communities, and has developed a substantial trial practice in local, state and federal courts in areas as wide-ranging as business, environmental, employment, civil rights, criminal, real estate, creditors' rights, matrimonial/divorce and extraordinary remedies litigation to land use planning/zoning law. Mr. Lewis is a Dean's List graduate of Miami (Ohio) University (1978) and earned his Juris Doctorate from The Ohio State University Moritz College Law in 1981. His legal expertise has been recognized by many public officials, as evidenced by his appointment (by Governor Celeste) as Member (later Chairman) of the Ohio State Parking Commission; his appointments as Special Counsel to: the City Attorneys of Columbus, Hilliard, and Whitehall, the Columbus Board of Education, Ohio Attorneys General Celebreeze, Fisher, and Cordray, the Ohio Democratic Party, the Ohio State Auditor,the Solid Waste Authorities of Franklin, Geauga, and Trumbull Counties, and the Hilliard Development Corporation; his appointments as General Counsel to the Franklin County Democratic Party and Law Clerk to the Ohio House Judiciary Committee; and his numerous appointments as Receiver/Receiver's counsel, Master Commissioner, and Special Master by judges of the Franklin County Common Pleas Court. A frequent lecturer and writer in the areas of both Trial Practice and Land Use Planning and Zoning Law, Mr. Lewis is/has been a member of the Ohio Academy of Trial Lawyers, the Franklin County Trial Lawyers Association, the Ohio Association of Civil Trial Attorneys, and the American, Ohio State, and Columbus Bar Associations (co-chairman bench-bar retreat committee). Licensed in all Ohio State & Federal & US Supreme Courts.