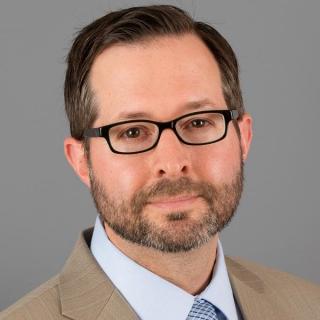 Born and raised in New England, Mr. Mykytiuk attended college in Connecticut before making Washington, D.C. his home in 1996. During law school, Mr. Mykytiuk clerked with both The Cochran Firm and the Los Angeles County District Attorney’s Office. His exposure to both sides of the criminal justice system gave him a unique perspective that has served him well throughout his career.

Mr. Mykytiuk has represented hundreds of defendants charged with criminal and traffic offenses in state and federal courts in Washington, D.C. and Northern Virginia. He received rigorous training in criminal trial defense at the Arlington County Public Defender’s Office, where he learned the ropes on traffic and misdemeanor cases, such as DUI, simple assault, theft, and prostitution. After graduating to serious felony matters, his case load included robberies, burglaries, drug conspiracies, fraud, and serious assaults. He wrote several criminal appeals and successfully overturned a multi-count embezzlement conviction. One former supervisor called Mr. Mykytiuk the best young attorney she saw come through the office.

With this wealth of experience under his belt, Mr. Mykytiuk launched a solo practice, JPMLegal, in 2014. He continues to represent clients in Northern Virginia and the District of Columbia in traffic, criminal, and immigration matters.

Get the Facts about DUI Law in DC
JPM Legal Blog

Getting Stopped for a DC DUI
JPM Legal Blog

Understanding Assault in the District of Columbia
JPM Legal Blog

Is it Illegal to Smoke Marijuana in Public in Washington DC?

Washington, DC, has made some local strides in regard to relaxing laws related to marijuana. Some wonder if it has become legal to smoke marijuana in public in the District...