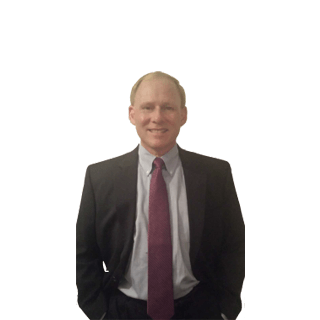 Jay received his law degree in 1988 from Mercer University in Macon, Georgia. After practicing as a trial attorney with both private firms and a major insurer’s staff counsel program for 13 years, he became Managing Trial Attorney to establish a commercial carrier’s Atlanta staff counsel office. In 2003, Jay decided to apply his skills and experience as an insurance defense attorney in the representation of individuals suffering from personal injuries. Jay has tried more than 145 personal injury cases to verdict before Georgia juries as both a plaintiff's and defendant's attorney, and also has tried several hundred bench trials.

Jay is a member of the State Bar of Georgia, and is admitted to practice before all Georgia State, Superior, and appellate courts, including the Georgia Supreme Court, the Georgia Court of Appeals, the United States District Courts for the Northern and Middle Districts of Georgia, and the United States Court of Appeals for the 11th Circuit. In his spare time, Jay enjoys spending time with his family, friends, and rescue dogs. Jay is also a restorer and collector of Pontiac Firebird Trans Am model cars, and enjoys participating in and attending car shows.