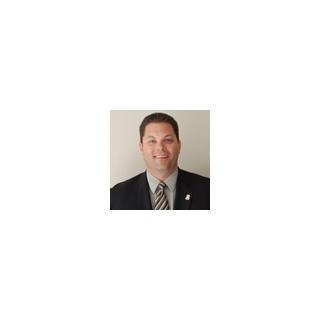 In 1994, Jim began volunteer and civilian service in law enforcement, serving as a Sheriff Explorer Cadet, Police Dispatcher, Juvenile Probation Tracker, Drug Task Force Office Assistant, and as a Reserve Deputy Sheriff. In 1997, Jim began sworn service as Deputy Sheriff, Detective, and Field Training Officer for the Whatcom County Sheriffâs Office. Jim also served for three years on his Unionâs negotiations team and executive board, holding positions of Second Vice-President and Secretary. After Jimâs best friend and fellow Deputy died in the line of duty, Jim left law enforcement in 2002 to pursue a career in labor law. Just prior to law school, Jim served as a Volunteer Firefighter for his community in Sun City, CA.

In 2005, Jim began representing public safety labor unions in both Washington and California, serving as a panel attorney for PORAC's Legal Defense Fund, as well as an Associate Attorney and Labor Consultant with the law firms of Lackie, Dammeier, & McGill (Upland, CA) and Cline & Associates (Seattle, WA). In 2007, Jim began representing police and fire management as a Labor Relations Manager for the Port of Seattle. Having been on both the union and management sides of labor, Jim has handled administrative disciplinary matters from the initial interview through the appeals process, responded to officer-involved shootings and critical incidents, negotiated collective bargaining agreements, and represented clients during administrative hearings, grievance arbitrations, and unfair labor practices. Jim has also provided training on the legal rights of public sector employees in disciplinary proceedings, collective bargaining, and officer-involved collisions.

From 2009 to 2012, Jim served as the Public Sector Coordinator and Director of Corrections & Law Enforcement, as well as a Staff Attorney, for Teamsters Local 117. In January of 2012, Jim joined The Boeing Company as a Human Resources Investigations Manager for Boeing Commercial Airplanes (BCA).

In August of 2011, Jim also began serving on the Advisory/Operations Board of Safe Call Now, a 24-hour crisis intervention and referral service for public safety employees and their families.

Jim is admitted to practice law in both Washington State and California. His professional memberships include: Christian Legal Society, Washington Association of Sheriffs and Police Chiefs, Washington Council of Police and Sheriffs, and Law Enforcement Alliance of America. Jim is married, has two daughters, and is active in his local church.