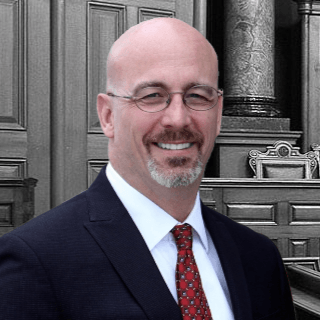 James McGee is an experienced criminal defense attorney specializing in cases involving complex violent crimes. A graduate of Loyola Law School, Mr. McGee has been practicing for approximately twenty years, including having served as deputy district attorney of the County of San Bernardino for over twelve years.

Mr. McGee earned his Juris Doctor in 2001 and began his tenure with the County of San Bernardino the following year until he left the office in 2014. During his time with the county, he handled a variety of cases, ranging from hardcore gang prosecutions and murders with special circumstances to wiretap prosecutions, insurance fraud, and mentally disordered offenders. Mr. McGee was successful in numerous high-profile prosecutions throughout his career in public service.

Mr. McGee also serves on the Board of Directors of Court Appointed Special Advocates (C.A.S.A.) of San Bernardino County. C.A.S.A. is a non-profit organization that trains volunteers whom are appointed by a judge to represent the best interests of a child currently under the jurisdiction of the Juvenile Dependency court. For ten years, Mr. McGee also participated in the Fontana Leadership Intervention Program (FLIP) by counseling troubled youth on the dangers of being involved in a gang lifestyle and the legal consequences of such activity.