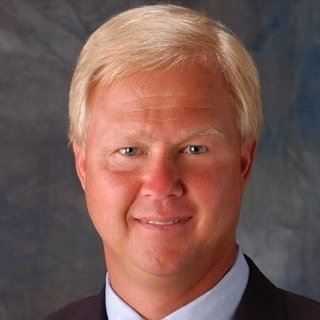 Jack A. Kaleita graduated from Stetson University College of Law, was admitted to the Bar in 1986 and began his legal career as a state prosecutor on Florida's west coast. He then returned to Central Florida after 5 years, serving as an Assistant State Attorney in Seminole County for an additional 12 years.

As a prosecutor, Mr. Kaleita tried numerous cases involving virtually every type of criminal charge. In addition to taking dozens of criminal cases to trial himself, he taught and supervised other attorneys, first as a Lead Trial Attorney, and later as the Misdemeanor/Traffic Division Chief and as the Chief of a Felony Trial Division. Additionally, while appointed Chief of the Special Prosecution Division, he handled and oversaw the prosecution of numerous high level drug cases against individuals and organizations involved in Manufacturing, Conspiracy and Trafficking, as well as the investigation and prosecution of cases involving Racketeering (RICO), Vice, Organized Crime, and Public Corruption.

Since entering private practice, Mr. Kaleita has offered his experience to private citizens charged with crimes in the State of Florida, whether state or federal, and has represented hundreds of clients facing all types of criminal charges. He has handled a number of high profile cases in the Central Florida. Among the serious felony cases he has handled are drug offenses, arson, sex crimes, child abuse, and murder. He has been lead trial counsel in dozens of cases ranging from criminal traffic offenses to First Degree Murder and today brings over a quarter century of criminal law experience to the defense table in service to his clients.

United States Court of Appeals for the 11th Circuit

United States District Court for the Middle District of Florida

What is a DUI?

What is a Domestic Violence Injunction

What am I allowed to seal or expunge in Florida

http://www.jackklaw.com - Orlando criminal defense attorney Jack Kaleita from Longwood, talks about what you are allowed to seal or expunge under Florida criminal law. Free consultation at 407-831-7800.

How does a DUI in Florida affect my insurance

http://www.jackklaw.com - Orlando DUI attorney Jack Kaleita talks about the possible effects that a DUI in Florida can have on your car insurance. Free consultation 407-831-7800.

What do I do if I get stopped for a DUI in Florida?

https://www.jackklaw.com - Orlando DUI Attorney Jack Kaleita explains what you should do if you get stopped for a DUI in Florida. Based in Longwood, FL, minutes away from downtown Orlando. Free consultation.

What Does it Mean to Seal or Expunge a Record?

http://www.jackklaw.com - Orlando criminal defense attorney Jack Kaleita talks about sealing and expunging a record in Florida, the difference between both and the conditions you need to satisfy to get...

Consequences of Having a Domestic Violence Injunction Filed Against You

http://www.jackklaw.com - Orlando criminal defense attorney Jack Kaleita talks about how having a domestic violence injunction filed against you in Florida can affect your life, and about the consequences of...