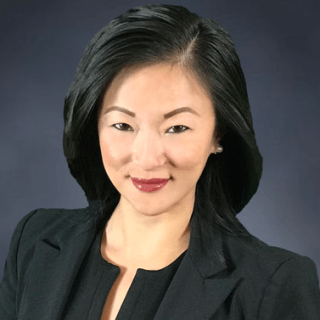 Irene Chan is an employment attorney, focusing on labor and employment discrimination. She handles matters from inception through all phases of litigation. Ms. Chan has successfully negotiated favorable settlements and employment agreements on behalf of her clients. She is conversant in Chinese Cantonese.

Ms. Chan was born and raised in Brooklyn, NY. As a native New Yorker and a first-generation American born to immigrant parents, she witnessed first-hand the injustice and the unfair treatment due to language barrier and ethnicity in the New York City metropolitan area. Right after high school, Ms. Chan served seven years active duty with the United States Marine Corps and was part of Operation Iraqi Freedom and Operation Enduring Freedom.

Ms. Chan graduated with honors with a Bachelor's of Science in Legal Studies in 2009 from St. John’s University. Shortly after graduating, she made the move to Boston to take a Legal Assistant position with the Department of Labor for the District Chief Judge. After working at the DOL for three years, she continued her legal education and received her J.D. from New England Law | Boston in 2017.

Ms. Chan has a strong commitment to zealously advocate for victims of unlawful discrimination and harassment. She fights for justice in employment matters and seeks to ensure a fair workplace for all.