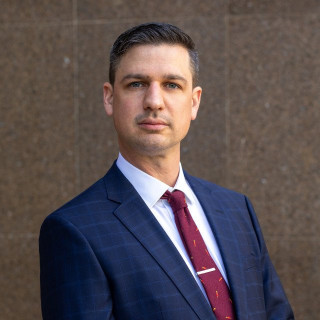 Ian is the full package for what you want in an attorney. I would recommend him to any aggrieved person seeking justice.
Read All Lawyer Reviews
Client Reviews
K. H. December 8, 2021
Ian knows how to listen. Listening is the key to effective communication. Ian was very professional throughout the whole process. He never promised anything he couldn't achieve, and he never sugar-coated our conversations. He was transparent about the process and the timelines and he made sure he would keep me up to date. He was knowledgeable about the law and he would research some of my questions in case he didn't have an answer. I never thought I would go through this experience or need this service, but I am glad that I had a team of professionals who had my back.
View More
Read All Client Reviews
Badges
Claimed Lawyer ProfileOffers Video ConferencingQ&ASocial Media
Biography

Ian Pike is an associate at Haeggquist & Eck, LLP and focuses his practice on representing employees in a wide range of matters throughout California for claims including wrongful termination, discrimination, sexual harassment, retaliation, and wage theft.

While at USD, Ian volunteered at the Clean Slate Clinic, where he assisted indigent clients with felony reduction and misdemeanor expungement. He completed approximately 250 hours as an intern at USD’s Civil Clinic, where he represented clients in various consumer cases, and received the Outstanding Clinic Intern award during his final semester. In 2019, he gave the student commencement address at his law school graduation.

During law school, Ian worked as a summer law clerk at a large San Diego full-service firm and spent the summer after his second year as a summer associate at HAE. Ian also completed a judicial externship with the Hon. Judith McConnell of the California Court of Appeal.

Ian chose to pursue plaintiffs’ work because he cares deeply about civil rights. For Ian, the story of civil rights in the United States is one of our most moving and important national narratives, and he believes that representing employees allows him to help tell the next phase of that story. In his free time, he enjoys a diverse array of hobbies including fishing, freediving, reading, growing roses, and working on cars and motorcycles.

Meet Associate Attorney Ian Pike who has been with HAE for almost four years. He started as a law clerk and worked his way up to associate. Watch his bio...

Q. I bought a new ford Mustang Machi full electric car, the sticker said in a fullcharge 211 i am getting 145 . brand new
December 23, 2021
A: If the vehicle is not defective (i.e. a lemon) yet it is not performing as it is advertised to perform, that could give rise false advertising claims. Your basic description of the facts doesn't provide enough information to know one way or the other. You could have a problem if your only basis for assessing the vehicle's fuel economy was the Monroney sticker on the window. Because those stickers are a federal requirement, it can be difficult to base a lawsuit on the representations made on the window sticker. But if there were other ways in which Ford or the dealer advertised the vehicle's economy in a way that went beyond what is on the window sticker, then you might be able to state a claim for false or misleading advertising based on those advertisements. These kinds of cases can be very complicated, and you should talk to a lawyer who works consumer cases, probably on a class-action basis, and who could advise you after you provide more details. If you do, make sure you bring a copy of your purchase agreement so you can determine if you were forced to sign a class action waiver as a condition of purchasing the car.

Q. Employer refuses to accept court ordered name change is that considered contempt? Already approached them multiple times
December 16, 2021
A: It could be unlawful (although not a contempt of court) if the employer's refuses to acknowledge your new name for a discriminatory reason. For example, if a work supervisor insists on dead-naming a transgender person at work, it could be evidence of discrimination and harassment. You do not indicate what you believe the employer's reason for refusing to use your new name, but if you believe it is because of your membership in one or more so-called "protected categories," it might be a form of unlawful discrimination and could discuss that with an employment attorney.

Q. Can I sue Alibaba or the supplier in China
December 10, 2021
A: As a general rule of thumb, you can file a lawsuit naming anyone, including a business entity, as a defendant. To sue Alibaba, or another foreign company, here in California you would need to be able to establish jurisdiction over all of the defendants just to bring them into court. If you have an agreement with Alibaba it might specify where you must file a lawsuit against it and what law would apply to any claims. Commercial disputes can also be covered by arbitration agreements. Of course, that would just be the first step to figuring out how start a lawsuit, and you would still need to prevail, which depends on many facts that are not clear from your question. You should contact an attorney who specializes in commercial litigation, which is the general term for business disputes, who could advise you of whether you could or should attempt a lawsuit against Alibaba.