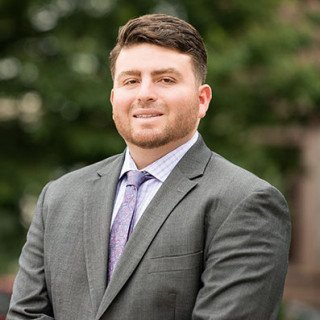 Before being an attorney at William G. Kolodner P.A. Hunter Duke had a wide range of experiences, which has allowed him to advocate in the best way possible for all his clients facing various legal challenges.

He was interned for the Office of the Public Defender, Felony Crimes Division in Baltimore City, in 2013. He was a Legislative Intern for the Office of Senator Robert Zirkin, District 11, during the 2014 Maryland General Assembly Legislative Session. He also interned for the Prince George’s County Policy Department, Financial and Organized Crimes Unit. In addition, Hunter Duke has been exposed to several legal fields, working as a law clerk for a Trust, Wills, and Estate Planning firm; a Property law firm and Title Company, the Office of Administrative Hearings (OAH), as well as a firm specializing in DUI/DWI defense.

Hunter Duke is admitted to practice in Maryland and the U.S. District Court for the District of Maryland. He zealously advocates for his clients in a variety of areas such as medical malpractice, personal injury, workers’ compensation, personal bankruptcy matters, and more. Hunter Duke has spent his entire career as an attorney at the family-owned law firm William G. Kolodner P.A.

25 Tips for Getting a Fair Personal Injury Settlement

5 Car Colors and What They Indicate About Your Lifestyle

5 Permanent Injuries Car Accidents Can Cause

Safety Tips when Visiting Baltimore – From a Personal Injury Lawyer

Seven Tips For Being More Aware When You’re Driving