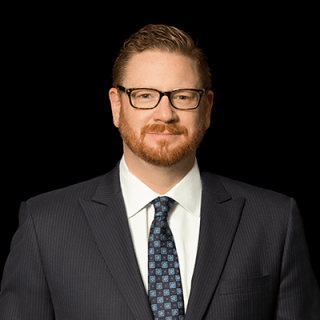 Henry D. Kass is a partner at MKFM Law, LLC, who focuses primarily in the areas of domestic relations, guardianship, and criminal law. He obtained his bachelor of arts from the University of Iowa in Iowa City, Iowa and also studied abroad at the University of the Basque Country in San Sebastian, Spain. Following his studies overseas, Henry attended the University of Iowa College of Law where he obtained his Juris Doctorate. Thereafter, he became an Assistant State’s Attorney with the DuPage County State’s Attorney’s Office under now Appellate Court Justice, Joseph E. Birkett. There, he prosecuted domestic violence and felony cases and was awarded a Special Commendation. Henry has tried dozens of cases before a jury and several hundreds more before the bench. In addition, Henry taught family law for five years at the College of DuPage. He has published articles in the DuPage County Bar Association Brief, the Illinois State Bar Association Newsletter, and the St. Charles Living magazine. He has served as the Vice Chair and Chair to both the Child Advocacy Section and Family Law Section. He has been awarded the Pro Bono Service Award by the DuPage Legal Assistance Foundation and the Board of Directors Award by the DuPage County Bar Association. Henry is also a member of the Justinian Society of Lawyers, a Fellow of the Illinois Bar Foundation has served on the DuPage County Judicial Committee, and was elected to two terms as an Assembly Member to the Illinois State Bar Association. Henry is currently licensed both in the State of Illinois and Iowa and primarily serves clients in the counties of Cook, DeKalb, DuPage, Grundy, Kane, Kendall, and Will.

The Illinois Probate Act: A Non-Parent’s Alternative to the IMDMA for Allocation of Parental Responsibilities, Family Law Section, Presenter,, DCBA
May 21, 2019