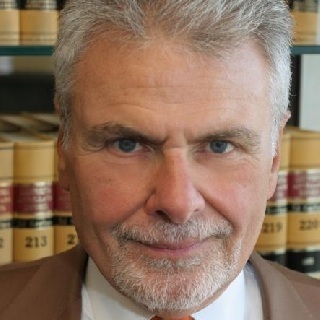 Tim Hoffman is a pioneering California attorney with a storied, 45-year legal career, during which he has helped recover more than $1 billion for his worthy clients. Mr. Hoffman has successfully tried dozens of matters to verdict, specializing in complex civil cases, and has litigated over 200 arbitrations. He has practiced in Oakland, CA, since 1971, and was most recently selected for inclusion in 2009 Northern California Super Lawyers.

Mr. Hoffman has also specialized in consumer protection cases, including, for example, class actions against credit card companies, and a current case against termite-protection providers Orkin and Terminex, who misrepresent the nature of their services and provide false guarantees to customers.

Mr. Hoffman's best known cases, the Continental Can class actions, alone recovered nearly half a billion dollars from the company after a four-month trial. The company had been discriminating against employees based upon their pension benefits, a practice prohibited under the Employee Retirement Income Security Act (ERISA). In that case, the company was shutting down plants based upon how many employees in each location would soon vest their full pensions, laying off wholesale any employees whose benefits were about to vest.

Among Mr. Hoffman's favorite career moments were: having lunch with Dr. Martin Luther King, Jr. in Alabama when Mr. Hoffman was a member of the Law Students Civil Rights Research Council; defending famed 60's radical Abbie Hoffman in a free speech case; preceding current President Barack Obama as a Chicago community organizer and attorney in Chicago Legal Aid; introducing Cesar Chavez at a banquet for the National Hispanic University, where Mr. Hoffman served as General Counsel and a founding member of the Board of Trustees; successfully settling his own whistleblower retaliation case, after he (as a then-Presidential appointee) reported a federal government manager's improprieties; serving as President of his American Federation of Government Employees Union Local, and a member of the San Francisco Labor Council, and representing the Communication Workers of America Local for the last 38 years; volunteering on the Board of Visitors to College of Arts & Sciences at Howard University; and, playing craps with Thurgood Marshall in Puerto Rico.

Mr. Hoffman is a native of Chicago, IL, an alumnus of the University of Illinois (in Champagne, IL), a former President of Oakland's Beth Jacob Congregation, and former Board member of the Anti-Defamation League.

He has been practicing law with Arthur Lazear for more than 30 years, is married, and has four children.