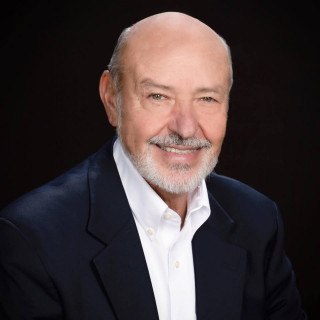 I have known of him and his work for 51 years and seen him in action many times.
Read All Lawyer Reviews
Badges
Claimed Lawyer ProfileQ&ASocial Media
Biography

Gregory S. Cusimano was born in Gadsden, Alabama and attended local schools. He graduated from the University of Alabama in 1965 receiving a B.S. from the School of Commerce and Business Administration. He received his Juris Doctor degree from the University of Alabama School of Law in 1968. After returning to Gadsden, he actively served his community through various civic organizations. He has served as Executive Board member, Treasurer, Vice President, President, and Past President of the Alabama Trial Lawyers Association. In 1988, he was appointed by the Alabama Supreme Court to serve on the Committee to rewrite the Alabama Rules of Evidence, and in June of 1997, he was appointed by the Supreme Court of Alabama to serve as a member of the Alabama Pattern Jury Instructions Committee. In December, 1998, he was appointed by the Supreme Court to the Standing Committee of the Alabama Rules of Civil Procedure. By invitation, he served as Practitioner in Residence at the University of Alabama School of Law in the fall of 1992. He has been active in his State Bar Association and has served in several chairmanship positions. In 1995, he was appointed to the Council of the Alabama Law Institute. He is a member of the Alabama Academy of Attorney Mediators. Greg was elected to membership in the American Board of Trial Advocates (ABOTA) and Alabama Chapter of ABOTA at their meeting on January 13, 2007. Greg served on the President's Council of the Association of Trial Lawyers of America, serves as a member of its Board of Governors, served on the Keyman Committee, PAC Task Force Committee, Trial By Jury Committee, State Legislative Advisory Committee, and the Constitutional Challenge Committee. He served as National Chairperson of the Committee to Review Litigation Groups, Co-Chaired the Litigation Group Oversight and Liaison Committee, and Co-Chaired the Curriculum Development Committee. He served as Vice Chair and Co-Chairperson of the Board of Trustees of the

Life Member
National Registry of Who's Who

American Association for Justice
Board of Governors
Current

National College of Trial Advocacy
Board of Trustees
Current

Commanding the Courtroom
Association of Trial Lawyers of America

Q. My thumb got jammed in a vice at work, and had to be amputated. My boss dont want to pay my dr's bills. Can I make him?
December 16, 2010
A: Most probably, Yes! Most employers are covered by Workers Compensation that would pay medical bills and also weekly benefits. You should contact a lawyer familiar with Workers Comp law as soon as you can. There are time limits that might need to be met on your part.